Do you have GPS location enabled?

I think so…i have flashed LineageOS4MicroG now so not sure what state it was in with the /e/ ROM.

I think so…i have flashed LineageOS4MicroG now so not sure what state it was in with the /e/ ROM.

I had a look as well on my GPS consumption. That seems a minor issue.
But when all the different system services summed up amount to almost 25% my battery usage. That’s quite a bit, no?
Furthermore, screen amounts to 28% and this of for a day with mostly listening to webradio (with screen off). 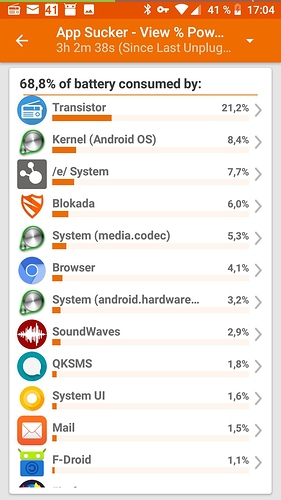 The very same thing. I use Mi4 LTE.

One good way to test this battery drain would be to install a LineageOs4Microg ROM and check if the drain still happens.

But summary shows me only 15% 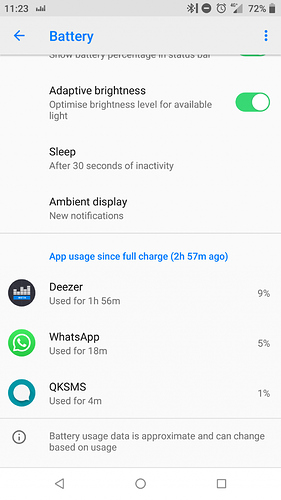 Are these battery measurements being done after the OS has had time to complete all the background work that goes on with a new install / major upgrade? Android needs as much as 48 hours to complete these tasks, so I would not do any battery usage measurements until after that period.

My experience is that it was better with /e/ 0.1 although worse than MIUI

Hi @rurmonas, thanx for your messge. I had no idea that the OS is doing upgrades in the 48h after installation. What is actually happening in the backgroud? Could you pls specify
I just completed a log recording but before this morning I upgraded to the latest version of /e/ I am currently on the latest unoffical Oreo built for Mido that was published last night

Sorry ralxx, I cannot remember what is happening, it is some years since I found this out.

Yeah, as rurmonas mentioned, you have to let ROMs settle for a couple of battery cycles before worrying about or measuring drain. Always recommended to do so but impatience probably kicks in.

Things are usually drainy/laggy in the first cycle or two, depending.

A dump from BetterBatteryStats will include lots of information on what’s going on when phone is idle. More than just a list of apps it will break things down.

Example: I had a few microG-based ROMs that were draining like crazy. The ROMs would show that microG was the culprit but no details. BBS broke it down and showed that microG had a ContactSyncService(?) running wild. Once disabled all was good.

So in addition to the system logs Manoj is asking for, it’s good to get more detailed logs from battery utils like BBS.

With a light use.
While summary shows me only 42% used 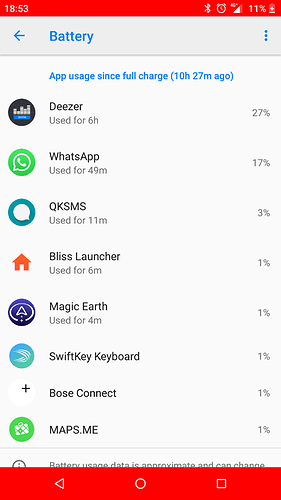 Hello, with my xiaomi redmi note 5 with last /e/, the 4000 mAh battery last 2days15h BUT I installed Amplify, No wakelock, Powernap and Naptime. I know, I know, no doubt all these apps must have redundances, doing maybe the same thing but all apps are working great together. [screen light low no auto mode, no data only wifi]

WhatsApp has always been a real battery sucker

As @marcdw said, wait a couple of battery cycles after a new update has a big impact. My Redmi Note 5 could switch from less than one to three days of autonomy.
Of course, I don’t have too much app installed and I don’t use streaming content app like Netflix (mainly because we can’t have HD on Xiaomi Redmi Note 5

WhatsApp has always been a real battery sucker

when I was in MIUI, the battery lasted 2 days. In /e/, from version 0.5, 1 day (from morning till night). And I have fewer apps installed.

hello, I have the same model as you, Xiaomi Redmi note 5, you were talking about 1-3 days autonomy. I was sceptical but after 1 month of /e/, now I’m with 3 days of battery autonomy. I don’t know if it’s the multiple updates of /e/ these last weeks. I’m astonished in a very good way ! ! ! 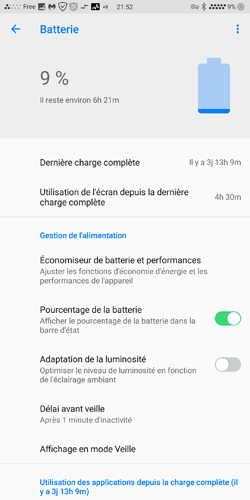