Before investing much time or money with e foundation, I do due diligence. As “Non-profit organization under the French law for association 1901 registered on April 26th 2018” are finance or other reports available? Where? Thanks! 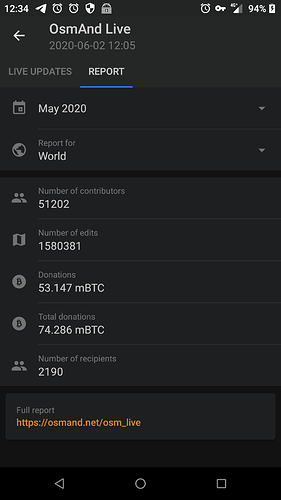 What do you mean by that??

That it’s important, for transparency even more than for ‘trust’, to go beyond what the law says.

If it’s not mandatory, then i could say the same to anyone else here :

“Hey you dont have to disclose the details of your income and expenses,
But if you dont, you’re not trustworthy”

This post actually reminds me about e-haters being so mad about the amount of money e foundation raised.

As far as i m concerned my trust in e foundation goes far beyond a random that only visited the forum once to post this, spilled doubts and nothing else.

Blind faith is good; transparency is even better.

Keep that ‘blind faith’ for yourself, thank you.

For starters i dont give any credits and dont trust randoms coming in to spill doubts then leave.

Hell is paved with good intentions.

I personally believe that, at least for now, it is not helpful for any of us to have the foundation’s financial reporting.

For trust, however, it is a purely personal matter:
for example, I believe in this project!

If one day, /e/ it should grow so much that it becomes part of FAANG, then I would have some doubts, and maybe I would like to have a detailed report,

Transparency is key for every organization. It is the foundation of trust.
E-foundation please open your books.

Are E foundation profits high, so stay in business 10 years too?
Will e have money pressure and outages often?
Does E foundation pays India workers high wage for happy workers?
These are interesting data.

reminds me about e-haters
only visited the forum once to post this, spilled doubts and nothing else.
spill doubts then leave

Got private warning: be careful what you ask.
Visit and read, no log in.
Saw one reply deleted here.
Manoj changed the post.
Not friendly feelings.
I wait patience for good answers.

He just added the “support” tag.

I am not familiar with the french legislation on non-profit organizations, but what would such a report contain? Income? Expenses? Big donators?

Fairphone by law does not have to be transparent about their supply chain, but because of the sustainable/fairtrade idea, it is a must. Shiftphone has been critized for a long time because they (with the same idea) were not able to be fully transparent about their supply chain.
MEPs by law don’t need to disclose who they’re meeting/how they make money in secondary employments, but it would be good to know for every citizen anyways…

In the end it’s important to know how /e/ is staying in business.

Like the German saying “Wes Brot ich ess, des Lied ich sing.” (roughly “Whose bread I eat, I sing their song.” via DeepL).