Hi a clean flash on Moto G4 (Athene) works great but the system update function doesn’t seem to work. Have to Export update to folder and then reboot to TWRP & flash in TWRP which works fine 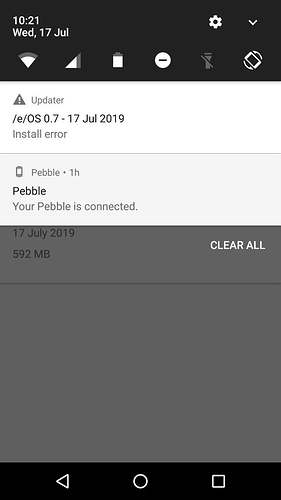 Hi @PharmRJ did you do a install from TWRP or sideloaded the ROM through TWRP as described here. We had a similar issue some time back on a different device where the OTA builds would not install. Had to download the official ROM . Then sideload it on the device and then the subsequent builds worked OTA . This was described here

I installed via TWRP method. Will try the sideload method next time and see if that fixes OTA. Thanks for the tips @Manoj

Have now installed via adb sideload and updates working great, thanks @Manoj