Privacy loss in Lineage with Microg compared to E

I’ve been running E on my Mi A1 since December it’s been a great experience so far. After years with the Playstore I’ve now managed to live without Google in a combination of self-hosted Nextcloud contacts, calendar, mail, etc + F-Droid and Aurora Store. The recent update to Pi/e/ was flawless.

However, I’ve seen an Android 10 Lineage ROM for the Mi A1 on XDA and have recently been wondering exactly what difference it would make if I’d use the same setup for that (Nextcloud, F-Droid, MicroG, etc.). I know the E team writes google code out of Android, but for what purpose exactly does the remaining code connect? And when? Could a service like Netguard help me in blocking such unwanted connections?

This is an open question, I’m not necessarily thinking of flashing Lineage again, I’m just wondering what the difference would be in regards to privacy. It would be appreciated if the answer would have some depth and go beyond ‘all google code was removed from Android in e’. Thanks!

The default DNS is Google, when you connect to a network it pings a google server, default search engine is google, you don’t have the possibility to have a self-hosted ecosystem, you don’t have such a good forum and a few more things but I don’t remember.

I would like to revive this topic, for several reasons. Firstly, I’m still interested in the Android 10 of Lineage for my Mi A1, but secondly I’m also frustrated by the increasingly iOS look- and feel of /e/ since 0.9 which seems to be irreversible. This lack of choice once used to be why I started unlocking bootloaders and flashing ROMS in 2010 (and never stopped since), so not particularly happy with the take-it-or-leave-it situation which I’m now in with /e/. Also don’t see the point of the /e/ team investing time (and perhaps money) in UI changes when they brand themselves as privacy-concerned. Lastly, there was this article which I came across which to me seemed rightly critical. From what I can find, I did not see a real response, which is disappointing, since it raises real concerns.

These things together make that I’m seriously considering going back to Lineage. I host my own mail, calendar, contacts, etc. via Nextcloud, so no benefit there from /e/ in that regard. I’ll still have root access and access to F-droid, so can use apps like Netguard, Adaway, Warden, etc.

So once more the question: what would /e/ offer as a fork compared to Lineage with Microg for a user like me? Which particular examples of enhanced privacy can be given? And would that be something which could be compensated in Lineage by an app, or is it real re-written source code related stuff? I’m really curious and looking forward to substantial replies to these questions and concerns.

I did not see a real response, which is disappointing, since it raises real concerns.

Th/e/y did track and close some issues in gitlab.

The default DNS is Google, when you connect to a network it pings a google server,

Some serious privacy and security people (GrapheneOS) think privacy is better when using some of those, because you blend into the crowd.

Only for browser. Trivial to change to DuckDuckGo or any other. Or install privacy browsers like Torbrowser.

LineageOS 10, without microG, works well if you have good GPS satellite coverage. Orbot VPN mode is a good alternative for increased privacy, but some websites will be hangry for your data and refuse to work.

what would /e/ offer

The same answer as usual :
Probably not much to you if you like and know how to tweak lineage and host services on your own.
Probably a lot to non tech people who dont know how to do this.

I dont get the issue with the default launcher though. We can use pretty much every launcher we want on /e/, same as LineageOS

Right, so you think that when having acces to my self-hosted services and the same open source apps from F-droid, for example, there’s barely a benefit of running /e/?

As to the issue with the default launcher, you misunderstood me I’m afraid. Yes, I never liked the launcher, but that was always easily circumvented by installing another one - the rest used to just be stock Android. Now, however, many icons have been changed in the actual Android OS. See attached screenshots. I’ve had this since my phone upgraded to /e/ 0.9. It’s not the end of the world, but I just don’t like having such a change ‘forced upon me’, so to speak. Especially since I don’t see the point (from a privacy-standpoint). 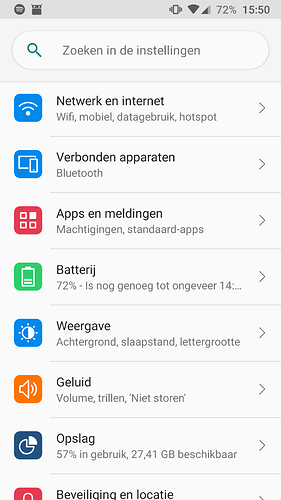 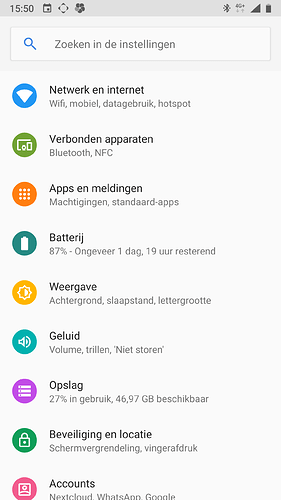 Ha ! I get what you mean, you’re right.
Now you mention it, it’s doing the same to me on Lawnchair, it’s using bliss icons.
I noticed it and forgot, since i dont mind those icons, but that’s just me.
I didnt bother to install different icon pack and try to switch.

@marijnrombouts: Maybe /e/ is not for you, but for people like me who never tried installing Lineage.

not particularly happy with the take-it-or-leave-it situation

And what if people don’t like the settings icons of LineageOS ? They can’t change them either.
A ROM can’t be for every user, this one is made for people without skills in new technologies, and that’s also why there is an iOS look. And I prefer the new icons, they are bigger so it’s easier to see a section.

Here is a very detailed answer of your primary question.

EDIT : and for the iOS look you just have to change the launcher.

@dotcoma but it’s the same proces, right? Either way you have to flash a rom - unless you bought one of those phones with /e/ pre-installed That, by the way, is a really great option /e/ offers, just like it offers a great alternative for synchronization services. So I’m totally behind the idea of /e/. However, if the difference in privacy would be minimal, if to non-existent, when flashing Microg and installing the same apps, then you might as well flash Lineage.

@anonyme it feels like a bit of a hostile response, don’t know if I’m sensing this correct. I don’t mean to get in to an argument, but I feel my question is legit. If you take the right precautions on another ROM since you know what you’re doing, would you need /e/. In other words, to stick with the /e/ terminology: if you’re not mom and dad and can do some things yourself, do you reach the same level of privacy which /e/ offers? That’s my central question.

So thank you for the document, that helps. That would lead me to conclude that with Lineage and acces to similar apps from F-droid and with Microg instead of Play services flashed while hosting your own mail, calendar, etc, you’d almost have a similar amount of privacy as compared to /e/. However there are still a few lines of code edited by /e/ which offer increased privacy, namely 1. connectivity check 2. ntp servers 3. dns servers and (in the future) 4. IPv4 and IPv5 availibity check. I’ll do some research to explore the options of perhaps fixing this manually on a Lineage rom.

In regards to your edit: switching the launcher from Bliss to Lawnchair (for example) does change the homescreen layout, but it does not alter the icons of the system. Neither does changing icons in a launcher. Of course you’re right that if you’re not happy with the stock look of Android, then you have a problem in Lineage too. But to me there’s a difference between sticking with Vanilla Android (no explanation needed, it just is), and actively editing the UI. So, again, I think the question why put time/effort in changing the UI is a legitimate one. But if the general sentiment here is just: well, “a rom is not for everyone”, then I guess you’re right.

I’m still very interested in the /e/ os project, I think the solutions it offers are great and I’m behind the philosophy, especially for users wanting to invest little time and effort or who don’t have the hosting resources. But since I do have some experience with flashing, I just want to make sure whether I can replicate the /e/-level of privacy on a stock Android rom.

So I’m totally behind the idea of /e/. However, if the difference in privacy would be minimal, if to non-existent, when flashing Microg and installing the same apps, then you might as well flash Lineage.

To each his own i guess

I would personally rather use /e/ as a base than LineageOS or any other roms, then customize it.
/e/ and LineageOS are very similar. Since LineageOS no longer maintained my phone model i used to build it myself to get aosp security updates and then also added / removed some apps in the build.
And now i’m doing the exact same on /e/. But that’s just me.

If someone else prefers LineageOS more, there is not much i can say, you already know what the differences are between them.

So, again, I think the question why put time/effort in changing the UI is a legitimate one.

Would it be an idea to open a Gitlab issue to perhaps get an answer from the developers?
Here’s a blueprint … think “design inconsistency with AOSP” instead or something

if you’re not mom and dad and can do some things yourself, do you reach the same level of privacy which /e/ offers?

If you apply the patches /e/ applies (more details in my previous link) to LineageOS, then yes you have the same level of privacy protection /e/OS offers (if there are no GApps of course).

But to me there’s a difference between sticking with Vanilla Android (no explanation needed, it just is), and actively editing the UI.

Does it mean no custom ROM ever will be allowed to modify the default UI ? (especially no custom ROM focused on privacy in our case). I think it’s great to offer an alternative in term of design. /e/ aims to be different than LineageOS, and the modification of the icons in Settings are part of this effort.
(A more complex question can be linked with this topic : Is not changing something a decision ? or Is inaction an action ? I think yes, not changing something is a decision, and the e Foundation just took the opposite decision. But both of those decisions are equal and one shouldn’t dominate the other.)

why put time/effort in changing the UI

Indeed it’s a legitimate question, and yes the main goal of the e Foundation is to offer a privacy focused OS. But it’s not the only goal. Put a lot of effort on a privacy focused OS is quite useless if it’s used only by a few. The other main goal is to make it easy to use and access and popular for the general public who are non-techy people.
I personally think a lot of people will prefer the new icons compared to the default one because they are bigger so we can more easily find a section, and colors used are more “real” (the green is a true green, etc). But that’s subjective.
So if the e Foundation decided to change them, that’s because they thought it would improve /e/OS and make it more popular (and unique).