Almost 20 years ago, the city of Munich opted to migrate all municipal computers from Windows to Linux. In the end the project was cancelled more than half way through and Microsoft got a 2nd chance. Why? A reason might have been the Munich headquarter of the multinational’s regional office for Germany, Austria and Sywitzerland. But there are likely to be various others - such as human and technical ones.

Since a little while on the other edge of Germany (the Northern region of Schleswig-Holstein) is piloting a different project with a similar final purpose - the migration to a largely Open Source based software environment. The primary reason for that is neither ideological nor to save money but rather what we call now digital sovereignty. Already some years back they managed to migrate their back-end infrastructure to open source software. Now, they are focusing on front ends. One key part of this front end was published in 2021 in its the first version a browser-based tailor-made desktop suite for the public sector. It contains various pieces (combining Nextcloud for the cloud infrastructure, Jitsi and Matrix for communication, OX-suite for contact and calendar management).

It is too early to say if the whole project will be successful, but there is a lot of potential that it will be: Schleswig-Holstein’s Minister for Digital Transformation is a former Member of the European Parliament. During his time in Brussels it was him who made the initial proposal for what became known as EU’s General Data Protection Regulation (GDPR) nd it was him who lead the negotiations.

Another aspect that might be helpful: Schleswig-Holstein’s CIO is acquainted to Open Source dynamics - meaning to deal with and engage with Open Source communities.

Moreover, the region is ready to invest money to give a push to projects to develop in directions that are useful for public authorities. I believe it is as well due to their needs that Jitsi will soon come-up with a break-out-room feature - available to anyone

In the end, Schleswig-Holstein has set up more than a decade ago a public agency developing GovTech IT solutions. So, there is a dedicated agency dealing with IT locally. As they are providing their expertise to various German regions and municipalities, they have a reached notable size (4000 employees). They provide IT storage services, providing consulting as well as the capacity to develop tailor-made solutions for the public sector themselves.

Schleswig-Holstein is not that big, but they plan to migrate all public employees (including all teachers of the region) to their own desktop until 2026. This is ‘only’ 25000 empoyees. It is a promising start. But most important, it seems there is a clear political will behind. Once this goal is achieved, the next step will be to migrate the users computers to Linux (whereas the distribution has not be decided on).

As I said earlier, there is no guarantee that this is really happening, but I see a lot of potential success factors in the whole process. The fact that many public bodies are under pressure to become fully GDPR compliant is definitely helpful.

But I believe if this will become a successful case, it could become potentially a starting point for followers from other regions and municipalities within Germany and from (far) beyond.

The only thing that seems to be missing for now in this project is the integration of an open source mobile phone system for the public sector. But I already have one in mind that could definitely suitable once it will be grown up a bit…

In September 2021 German elected a new government. As Germany has not a presidential elections system but rather a consensus based majority voting system it took a while until the new government was formed. It was actually today (24-Nov-21) that the three forming a new government released their joint program: One of their key aspect of their digital agenda is the prioritization of the “public money = public code approach”.

So it is not impossible that there are lots of other promising developments to be reported from soon. (to be continued…) 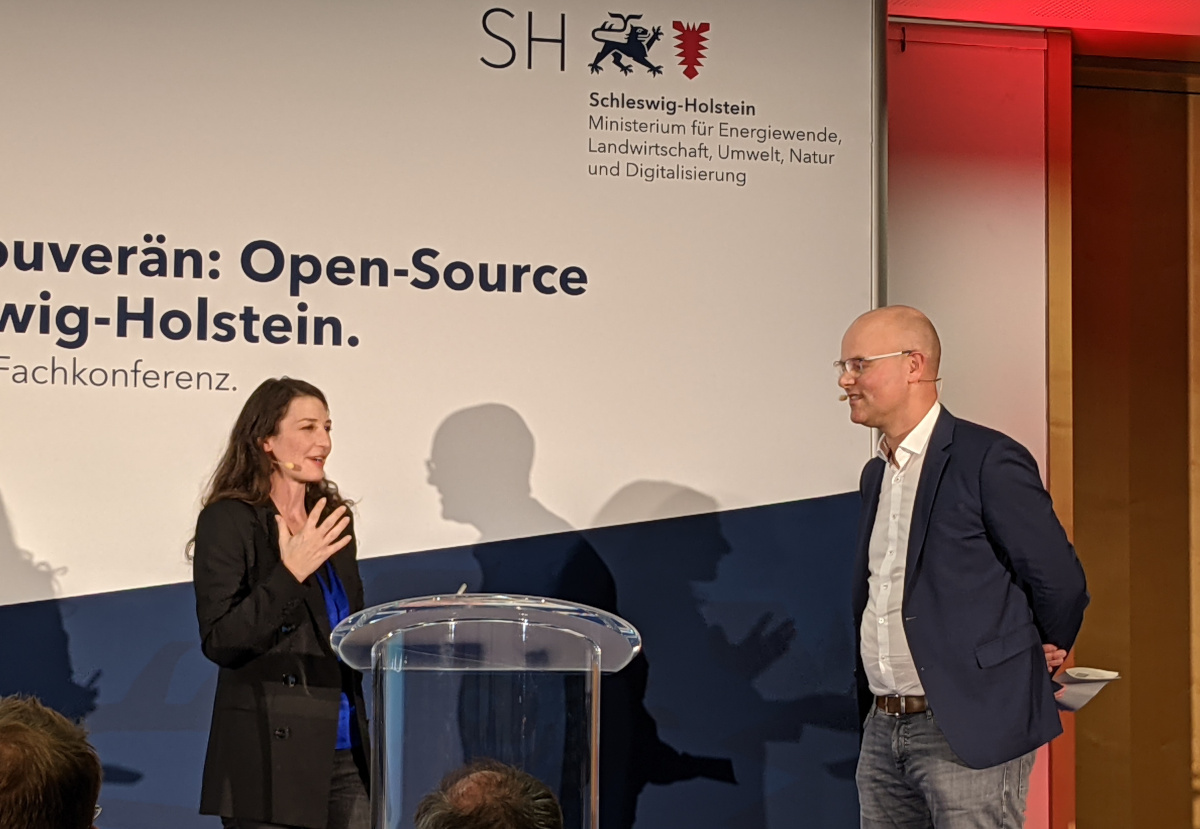 The parliament of Schleswig-Holstein in Northern Germany has oked plans to make state government almost 100% open source by the end of 2026.

There was a really interesting conference held in early November 2021 in Berlin presenting (and promoting) the “Schleswig-Holstein model”, unfortunately there is no English translation available for now, but if you speak German, you could check out the following link:

You did an impressive summary. Thanks for your effort to write this down and share it with us.

Amazing news! It would be awesome if germany would compensate its demand to catch up in digitalization with a wide approach to open source infrastructure!

Germany has a good history of government institutions using open source. Also France has tried a few things, a few years ago I came across a French government website where government bodies can share knowledge and resources about open source technology to help other departments adopt it.
edited… found ze link …et voilà
edited again for my shocking French spelling

Unfortunately in Ireland we are so deeply involved with US tech (ms, g, fb, apple etc etc) that our politicians and industry would never dream of rocking that boat.

This is great news

This topic was automatically closed after 13 days. New replies are no longer allowed.