There is no calendar widget to use. Would be great to have one to add on that screen:

Good idea. Try SimpleCalendar from f-droid. It has nice widgets which you can use.

The /e/ Calendar is based on Etar. Etar dropped its widget a long time ago and suggested the use of Calendar Widget. That has since been renamed to Todo Agenda. So check that one out.

Thank you @marcdw
I just installed it (todo Agenda) and that’s good for me. However, I can’t make my S7 homepage the Widget page. Is that possible?

Thanks @marcdw
However, I think /e/OS should have a calendar app that has widget out-of-the-box

I will try Todo Agenda.

It may not be any use if you use Bliss, but the cLock widget can show up-coming events as well as time and weather.

I like it! thx! but I can’t get rid of the time (I already have in the notification bar) that is using space.

Problem is there aren’t too many calendar choices out there that are clean and open source. Etar and Simple Calendar are known but haven’t heard of others really (haven’t checked actually).

I have reasons for not using Simple Calendar so I stick with Etar or the default Android calendar on my ROMs.

I like it! thx! but I can’t get rid of the time (I already have in the
notification bar) that is using space.

I should have said yes – or at least it would be good to be able to
make the time display smaller. It seems worth a feature request, and I
probably should have tried myself, but I haven’t looked for the
maintainer. (The time display is the button to bring up the settings,
so it may not make sense to eliminate it.)

I love that widget, thx. @gael idea to build it in the ROM?

I like the widget from simple calender. It shows what a calendar widget should show.

What are the reasons for not using Simple Calendar?

Sorry for late reply. I misread your question and thought you were asking why /e/ doesn’t use Simple Calendar.

Almost every calendar app, including the old Android default, can display events that go past midnight, in the Weekly view. Simple Calendar, last I checked, did not.
I work at night. Example being 7pm to 3am. Simple Calendar won’t display the events the way I think they should.

I brought that issue up to the dev a long time ago and he said it was by design and had no plans to change it. He said I would have to create two events for the work day. One that ends at 11:59pm and another starting at midnight. I was bummed out.
I sync my /e/ account on all of my ROMs so I wasn’t interested in redoing my recurring events just to fit that one app. Have also been out of work since March. After COVID-19 work starts up again this week. I guess I could do as he suggests for the new events. Maybe.

At the time I setup a couple of ROMs centered around Simple Mobile Tools. ROM default apps were replaced by SMT at the system level. Worked out pretty well, too. Now that they have an SMS app I’d like to try again. Imagine a Google-free ROM with SMT apps as default. Almost perfect. Alas, the Calendar and File Manager weren’t too usable, causing me to install other apps anyway.

That was over a year or so ago, though. Testing now… 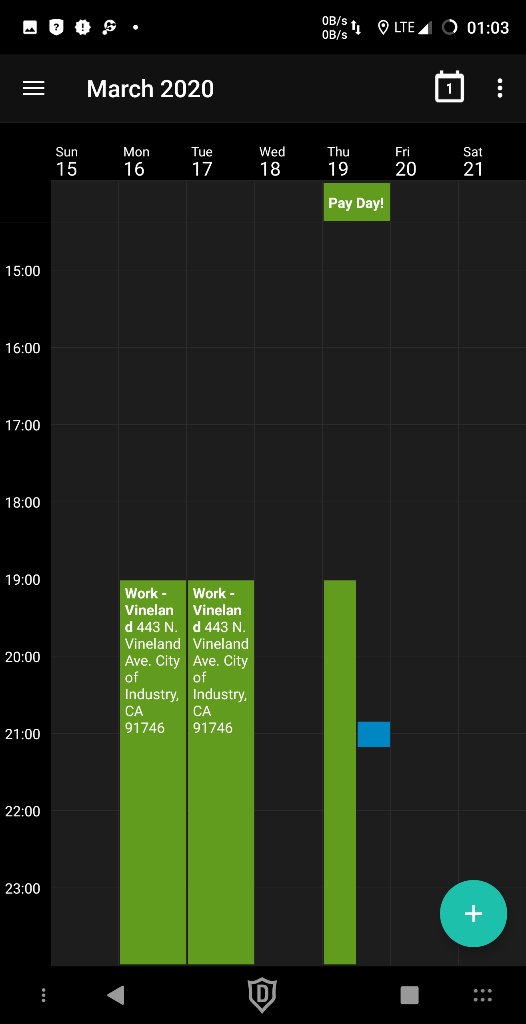 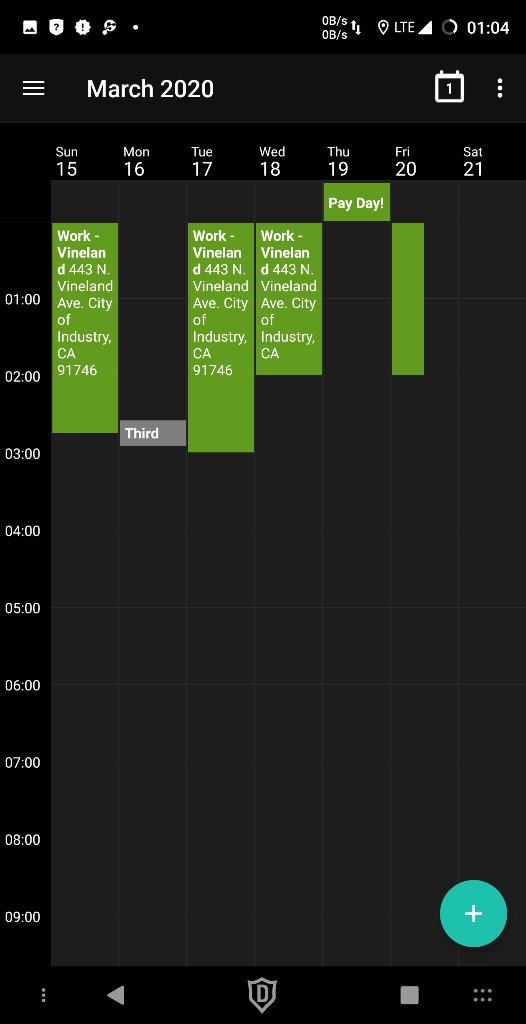 Simple Calendar just displays a filled square(s) at top. Not a very useful Weekly view for me. 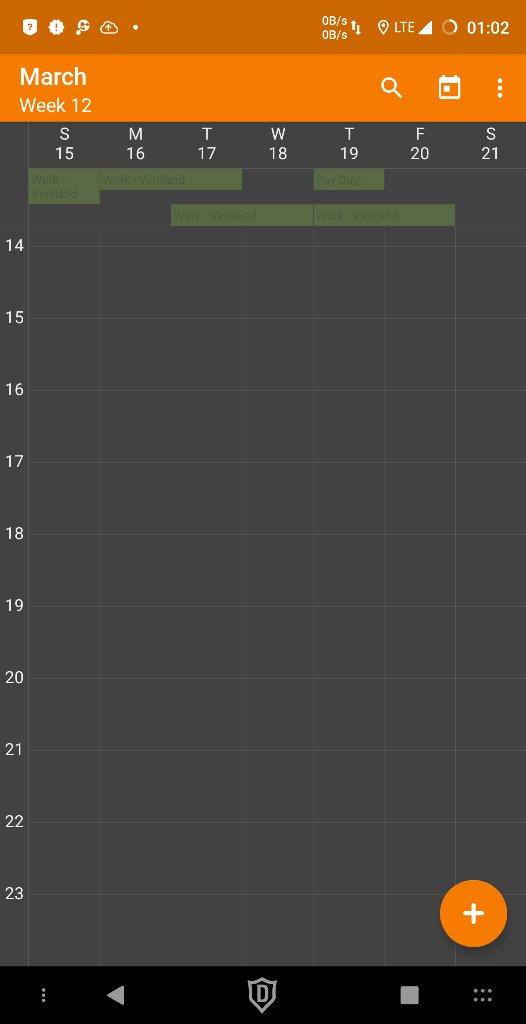 Thank you for the explanation @marcdw. I see what you mean!

Thank you for this suggestion, will test.

@rhunault please consider for adding to our builds. It will just need specific settings and have its default size bigger in BlissLauncher widgets. The rest seems to work.

I’m new here and to e/OS (migration from LineageOS as they dropped support for Samsung S9).

Are the statements in the thread still valid?

Would it be able to check/update the eOS fork of “Etar”?

Thanks for your input (and everyone else).
I too require a calendar widget so I just deleted Simple Calendar and installed Etar from Fdroid.
Perfect for my needs!
Thanks again.