This Android is only needed to install some necessary apps like banking, payment and ItsMe, (in my country only available for Android and I-Phone, for other OS’s these kind of apps exist only in Scandinavian countries as far as I know) and of course it has to be a phone.
I need all the other space to install a Linux inside this Android, an everything I can do in Linux is bloatware in Android, so most default applications in /e/ are bloatware to me. Disabled most of 'm. Recently a new app appeared after an update: Message. It can’t be disabled.
I want to be able to remove most default apps, possibility to do so was announced in 2018. Still waiting, this becomes urgent, because I really believe android is a crappy OS… 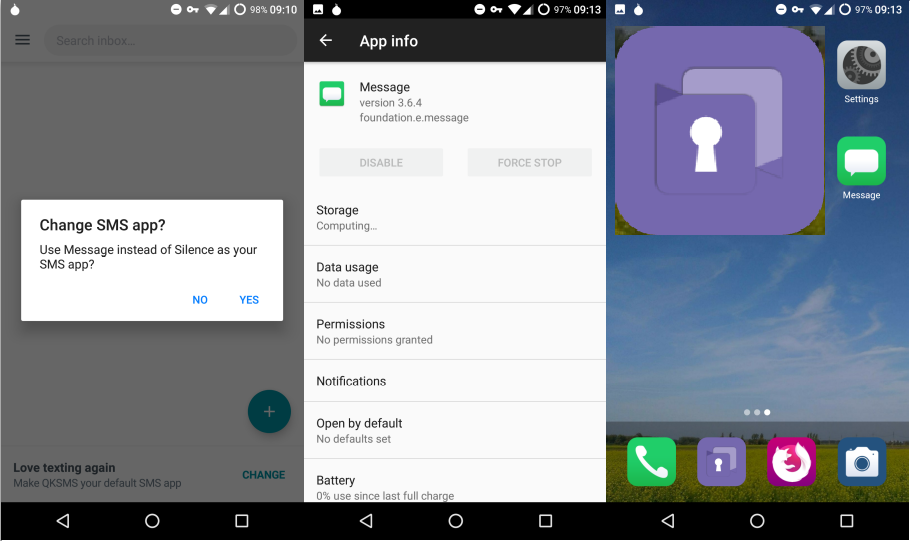 I only have a mobile phone because it is needed. Unfortunately I’m living in an obsolete country so there is only the choice between a few crappy operating systems for banking and government apps.

As far as I know, the ability to delete default apps will be available with the V1, this summer.
(Tell me if I’m wrong)

@pjmbraet
Do you have any usefull link for installing Linux inside Android?

Hello,
Here is an apk that should please you: https://f-droid.org/fr/packages/tech.ula/
UserLand is free and opensource, you have to install a vnc and then you have access to Ubuntu (xfce), Debian, kaly, Arch or just to desktop applications such as GIMP, libreoffice etc …

Thanks !
It seems much more efficient that the way I’ve tried (with root to do after every /
e/ update)