someone else has already encountered this problem? 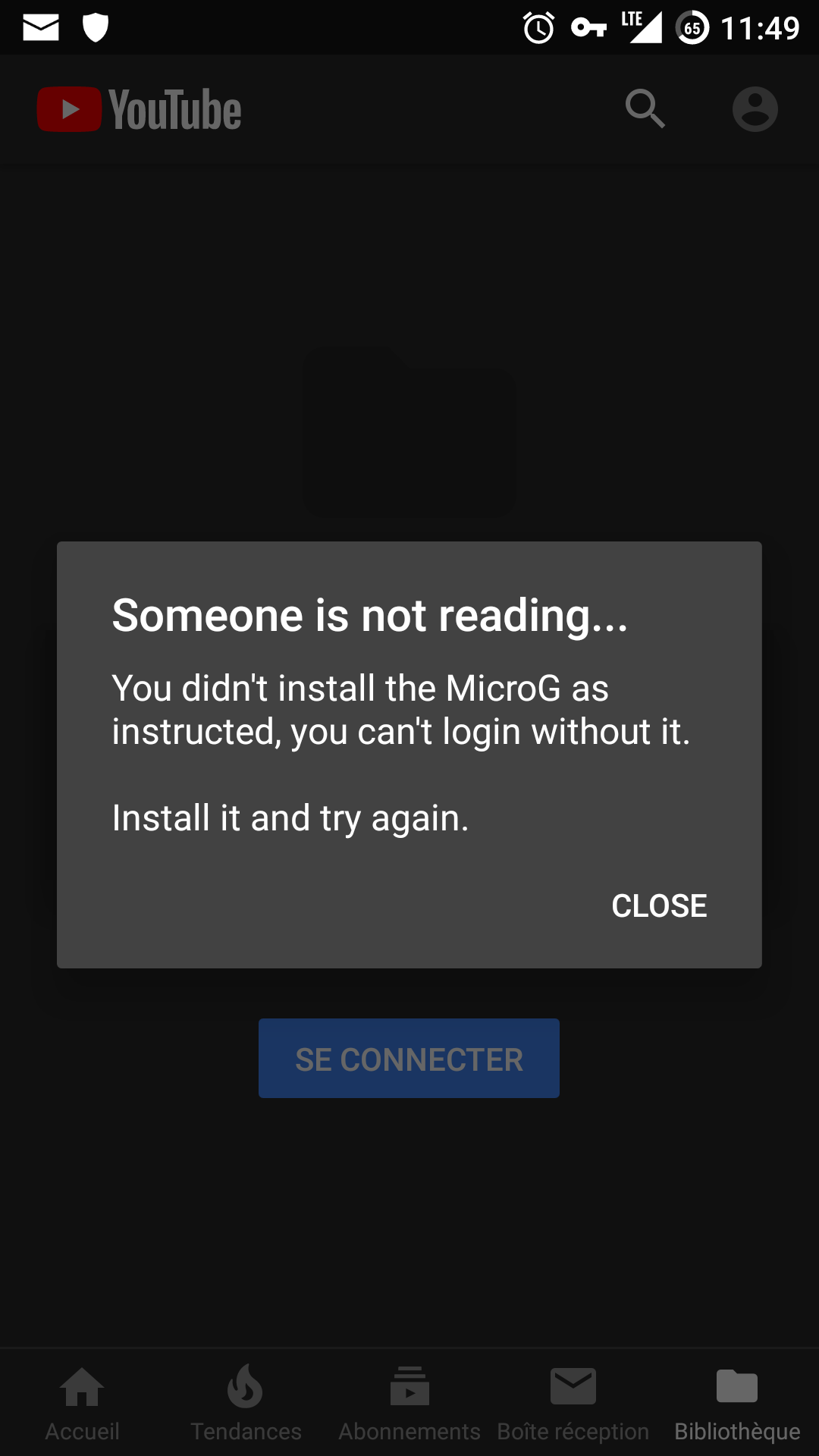 Hi @Usem have you tried using Youtube Vanced on Lineage ROM or LineageOs4MicroG ROM? Wanted to check if this issue is specific to /e/ or is MicroG. You could raise a bug on Gitlab at https://gitlab.e.foundation/groups/e/-/issues with logcat files attached

Thank you @Manoj ,
Yes, I used to use it for several months before switching from LineageOS ROM to /e/.
For information, the Youtube Vanced App come with MicroG package. I don’t know if the MicroG version is specific to YV App or not.

If you’re using the non-root Vanced then it probably won’t work with the regular microG. I believe it only works with the microG provided from the Vanced site. The root version of Vanced should work just fine (I use it on all of my microG-based ROMs).

Sorry to necrobump, but do I have to install the root version using root, or is it just called that because that’s the typical use for that version of the app?

You have to install the youtube vanced package via root, in magisk you can download the latest module pretty strait forard…

Really late reply, sorry. Yes, the root Vanced is installed using root. It cannot be installed like a regular apk using the package installer. It has to be installed manually, as /system/app/YouTube/YouTube.apk, or via the Vanced installer zip.
An installer zip by shadowstep is also available here (for 64-bit devices)…
https://forum.xda-developers.com/showpost.php?p=79656222&postcount=184

And of course the Magisk version mentioned previously.

Is it a good idea to use a app which uses a g-count and needs root. I don’t think so.
why do need a video app root ? That makes no sense. I never would install such a app on my device because i don’t know what the app is doing with my system files

Regarding YouTube Vanced, the root version has the same package name as Google’s YouTube. It’s a replacement. Other than adblocking and other extra features it does nothing differently. It’s still YouTube, good or bad.
The non-root version of Vanced has a different package name and is installed as a regular user app. Either will work fine without a Google account.
I personally don’t use Vanced on ROMs that are Google-free (no Play Store) but on my microG ROMs with Play Store, I use it.

As far as making sense, it’s been said elsewhere, what folks do after flashing /e/ is their business. I’ve said before, if /e/ wanted to be truly Google-free it wouldn’t use microG at all, just UnifiedNLP (which I do on a few which is quite cool).

On my main phone there are no microG and no gapps. Most default system apps are removed or disabled.
Ok, i’m using AWallPlus with root access. But I have an eye on my outgoing connections.

I’m using NewPipe. It’s for me the best YouTube replacement. But i have to say, I’m an old guy and i’m using youtube only once or twice the year.

At first, download the latest version of this app. Then again do it.