Not much to say, just watch it

Techlore is famous for being a “privacy” kind of guy. Most of his videos are about privacy, security and anonymity. He also gives tips for nontech people. He’s trying on his brand new /e/ OS phone running on Galaxy S8. 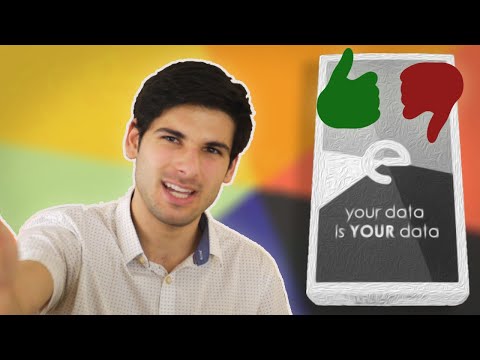 Thanks for the warning, I think I got it fixed now. Try on.

@Manoj
I say, send a /e/ os V1 + fairphone3 to Unbox Therapy next once you are out of beta. The app store really needs work with bug squashing.

I saw the video again. His criticism is nit picky. It isn’t fair.

The youtuber Tom, from the channel ‘Switched to Linux’ also plans to make a video-review about /e/OS. It seems /e/ has sent him a phone to review. He said it on his recent livestream some days ago.

Some important points mentioned in his video-review:

"/e/ is essencially a skinned LineageOS for microG"
Not exactly. I know /e/ has put some efforts and changed some deep aspects of Lineage that leads data to Google.

"their Notes app requires an /e/ account with no options for creating local notes, this is horrible for people that don’t want a /e/ account"
Agree about this.

"I don’t like the launcher, I’m not a fan of the interface and I’m especially not a fan of its navigation and iOS-like feel. I much prefer just the plain stock Android launcher…"
Agree again. Not a fan of iOS-like simplistic interfaces. That’s why I use a launcher.

"I particularly did not like the pre-installed app store. It’s unclear where these apps are coming from. I don’t know who to trust when I’m downloading these apps and where the apks come from. It’s buggy on top of that and I’m not a fan of the interface. I really wish they took the easy route here and just pre-installed F-Droid and Aurora Store. They’re proven to be great and it’s what I would use on this device if I were to buy it I wouldn’t even touch the App Store and I can’t imagine why many people would…"
I basically would prefer the same ppproach as him, but I haven’t removed the store though. I kept it there in case I need it.

"We need to talk about /e/ foundation because you’re not just buying a phone here you buy an ecosystem * sarcastic coughs * Apple…"
I see what you did.

"I personally am not a fan of Samsung and I’m not sure everybody wants a fairphone which is the current alternative. These are their only two options currently so I wish they had a better selection"
Kinda agree. Variety of options is always welcome.

"they only shift to the EU"
Agree. This is a real problem for people who want to buy a refurbished phone with /e/ system pre-installed outside of the EU.

"they use the own configured Nextcloud environment which is limited to 1 gigabytes on the free plan for those who don’t know Nextcloud as an open source very reputable private, secure, cloud storage provider… this 1 gibabyte should be enough for maybe your contacts, notes and calendar entries…that’s about it"
I personally find it very small for real usage and the price for making the storage bigger isn’t so good.

"…if you want more storage it sure ain’t cheap especially considering services like Mega offering 50 gigabytes for free or how proton offer a better email experience or how you could host your own Nextcloud environment for a fraction of this cost"
Good point. I can’t deny facts. At least, as you have said, NextCloud is open source and very reputable, secure. I don’t trust Mega nor Google; their offer a huge amount of storage for free, but it’s not for free, you pay it with your data

"/e/ is based on Lineage OS, meaning it has some security issues. Lineage OS uses user debug builds which adds plenty of additional attack surfce weakens SELInux policies and exposes root access via ADB. LineageOS also requires an unlocked bootloader in this case as its Samsung no ways to enable OEM locking which is essential to verify the integrity of the OS. There is no rollback protection so an attacker can downgrade the OS to an old version and exploit already patched vulnerabilities."
I don’t have enough knowledge to give an opinion about all of this.

"a side note: keep in mind that Samsung deviced do not tend to push security updates to their devices for very long like most Android manufactures"
That’s very true, I’ve had a Samsung phone and Samsung took an eternity to push security updates. Updates to another Android version are even more rare if you haven’t bought a top/premium phone like the Galaxy A, S and Note. It only lasts 2 years and rarely 3 years. 4 years and the phone is dead. No more updates, especially security ones.

@Haknor well said
My reaction too

Fair review (sort of). It’s definitely pointing out many of the things to improve which, on the bright side, are not set in stone since /e/ hasn’t even reach v1.0 yet.

I’m not quite sure what the ecosystem joke was all about, they are offering 1GB for free without any strings attached. Unlike Apple you are not locked down to their ecosystem. And speaking of ecosystems, those 50GB free storage Mega offer are somewhat misleading since they come with strings attached, involving installing extra stuff like MEGASync and their mobile app *sarcastic coughs back at Techlore*.

When something is too good to be true it usually is. Mega is a company filled with controversy from the very beginning, from dubious ownership to stealing passwords. How do they even afford their operations when even Google and Microsoft, tech giants who publicly profit from selling personal information, only offer 15GB? Maybe they simply cut costs elsewhere which reflects in their underwhelming data reliability and upload speeds. Maybe it has something to do with all that controversy.

This only shows how little thought these reviews put in the products they hold in their hands. No research, no context. Comparing beta products with giants like Apple or state-sponsored companies… Forgive me if I don’t put too much trust in this tech “lore” for any future reviews.

I come from the IOS world ( I’m 52), and all my life (since it exist) have used IOS. Never used a Android phone before /e/ ( beside those little Android based TV box)

Then, I love the GUI / interface /e/ uses ( the launcher)… Was very appealing to me.

As for the Nexcloud /e/ account, I like it too, as I was using a lot Google and Icloud…

This only shows how little thought these reviews put in the products they hold in their hands. No research, no context. Comparing beta products with giants like Apple or state-sponsored companies… Forgive me if I don’t put too much trust in this tech “lore” for any future reviews.

Probably because of the launcher appearance that looks like iOS, the fact it tries to be an “ecosystem” with everything baked in (like Apple’s) and the /e/OS that resembles iOS.