Your take on Signal PINs?

Say "hello" to a different messaging experience. An unexpected focus on privacy, combined with all of the features you expect. 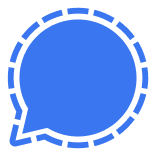 Signal PINs are needed to support new features and they serve as an optional registration lock.  This requirement has been added to support future functionality while still protecting user privacy...

They ignored all the protests voiced by users and are determinedly carrying on with the implementation. (Well, it might as well have been completed as I write it – I’m not on the latest version of Signal for this very reason).

They’re basically forcing users to store data in the cloud. Combine it with the US ‘encryption backdoor’ bill, and the encryption becomes a shmyption. IIRC, the CEO at some point declared that if full encryption becomes illegal in the US, they’d be moving countries. I have no info if it’s still on the table.

I’m disappointed because there are a good number of people who went to the trouble of installing and using Signal only because of me after I ditched WhatsApp and other messengers – now I’m to tell them, ‘hey, a WhatsApp founder’s laid his hand on Signal stuff, so pack up, we’re moving again’?

Are you OK with the PINs and cloud data storage or are you hopping to another IM app?

My understanding is, if ‘the earnit’ bill passes into law, the signal foundation is moving their domicile out of the usa, so earnit would not apply to them and will not be forced to include a backdoor,

Say "hello" to a different messaging experience. An unexpected focus on privacy, combined with all of the features you expect.

Hi Reb.
I had read too about this new Signal function, but to be honest I didn’t really understand it, in the sense that it seems to me simply an additional pin in case of registration on another phone or desktop, just like the ‘password’ of Telegram, which protects against any unwanted access.

But I don’t understand what datas they want to bring to their cloud.

I don’t think they want to do like Telegram’s cloud-chat, or at least at the moment they don’t, and in fact the Signal client backups locally, on my phone.

Oh well…
“Based on the feedback we’ve gotten about PINs, we’re working on shipping an option to disable PINs for advanced users who are alright with losing their Signal contacts on reinstall”.