You can. Mine was initially set in the Philippines and I moved the map to the US. And I could move it to anywhere.

I wonder if /e/ Advanced Privacy will ever implement SMS encryption into their SMS, like iMessage, except using the Signal protocol by default.

The location spoofing is little bit buggy. Even, I choose to use my real location it doesn’t find my location. Weather widget shows weather of some philippines city. But, when I empty mozilla unifiednlp backend memory and start osmand+, go to outside and let osmand find my gps location the weather widget finds my real location. But still, advanced privacy keeps searching my location (wheel spins, no map appears).

Hide my ip has been on all the time, because I love this built in Orbot in the new Advanced Privacy feature!!

Also, on that last point about IP-spoofing, on my phone (Fairphone 3, Android Q) I can’t turn the “Manage my Internet address” feature on. […etc.]

To answer my own comment – it turns out the IP spoofing doesn’t work if you already have Orbot installed as a separate app. Uninstalling and reinstalling Orbot has confirmed this.

I found your comment very critical about this feature. I think it’s a first step and indeed, some things can/should be revised.

However you say the following:

Advanced Privacy uses Orbot with the end of life Tor 0.4.4.6 from November of 2020(!!!) and fragments of personalDNSfilter under the hood:

It seems quite normal that the version of ORBOT used is 0.4.6 in the sense that the version 0.4.7 is only stable since April 27, 2022. I think they have been working on the code for a little longer than a month, hence the use of the second last stable version at the launch.

I don’t know Mapbox at all, so I won’t go over it too much, but the code used remains open-source, which seems to me to be a lesser evil even if it is a third-party application.

Finally, maybe I’m wrong but it seems that it is not only based on exodus but also on adaway (see “id”): 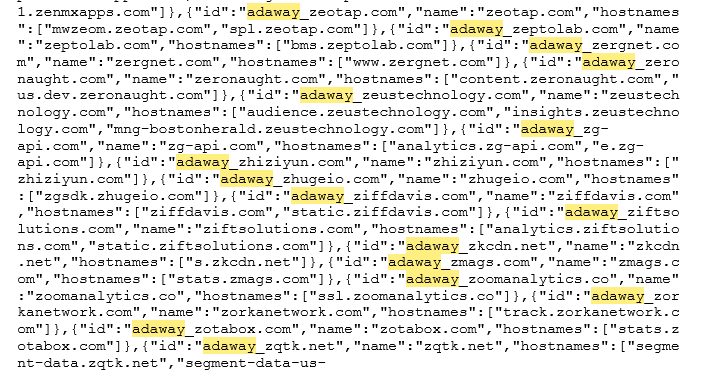 I just did some research on the topics you mentioned, so if I’m ever wrong let me know

On these three topics what would be your solutions?

Only the SDK/bindings/wrapper is open source, at its core is a giant proprietary blob.
There are actual open source mapping libraries available that /e/ team could’ve chosen.

not only based on exodus

Indeed, you are right there, I hadn’t scrolled that far. Nice catch.

Edit:
I’m so critical because /e/ team giving users Tor without telling them it is Tor is a massive foot gun.
And at this point /e/ team has gone from negligent to reckless.
Advanced Privacy is routing users over Tor, has a WebView with 115 known security vulnerabilities and a PDF viewer with another 28 security vulnerabilities, and their browser no longer forces HTTPS.
One malicious exit serving up Android malware and your device is trivially compromised.

This is the library used by the PDF Viewer: GitHub - barteksc/AndroidPdfViewer: Android view for displaying PDFs rendered with PdfiumAndroid
This is the library that library uses for actual PDF handling: GitHub - barteksc/PdfiumAndroid: pdfium for android( >= API 14 ) binding
That version of PDFium (7.1.2_r36) is from 2018!!!: CVE - Search Results

I am reckless then because even if I don’t understand anything I am at least aware, so if it makes me escape Google & Co business models and accessorily plunges them one cent less rich I am good.

I rephrase the statements above. ‘‘The software might be more seccure with patched updated libraries’’.
Seems like reasonable.

It seems to work satisfactorily alongside Tracker Control as far as it goes, but has too many rough edges for my liking. Hiding my real IP address prevents using App Lounge, it needs to be disabled first. Oh, and I get the continuously rotating ring as well. Spoofing my location prevents navigation apps. from working, they all think I’m in Thailand or somewhere and I most definitely am not! It needs disabling for that too. It also confuses the Night Light function. All in all, it’s a bit of a bad joke just now.
My solution is to disable it permanently until it is fixed…assuming it will stay disabled that is.

Nice to see progress on e/OS/ even if theres still a lot to do and probably will always be… Thanks for all your efforts!

One interesting bug I have that I cannot update my email inbox (on my Xperia Z5 Compact) when advanced privacy is on, is that supposed to be like this?

I understand the criticism and concern.
I didn’t think they would be so lax with security. That is somewhat disappointing.

What do you recommend instead the installed PDF Reader Plus?
And the browser?.. If you enter an address with “https” in the Browser app, or a bookmark with https address, then the app establishes the encrypted connection, or not?

Please excuse my layman’s questions, but I can’t make it out from the GitHub link(s).

@Insidetechnics
HTTPS will work if you type it or if a site wants it.
But the /e/ browser is based off of Bromite and Bromite has a change that always tries to use HTTPS first, which /e/ then removed because of a UI quirk.
I recommend everyone instead just directly use the official Bromite.
You can also take a look at my Android browser comparison page for more choices: Browsers - DivestOS Mobile

As for a PDF viewer you can use this one either from Play Store, or their Apps app, or just GitHub releases: Releases · GrapheneOS/PdfViewer · GitHub

You can also take a look at my Android browser comparison page for more choices: Browsers - DivestOS Mobile

That’s really useful - thanks. I have one question: your site says

These browsers must be combined with an up to date WebView provider to be secure.

I am building a custom LOS-based ROM, which includes Fennec in place of Jelly (because Jelly uses the Google/Chrome WebView). Do I need to also include Bromite and its SystemWebView - or does Fennec include an up to date WebView? Thanks for your help

HTTPS will work if you type it or if a site wants it.
But the /e/ browser is based off of Bromite and Bromite has a change that always tries to use HTTPS first, which /e/ then removed because of a UI quirk.

In the Browser (v100) included with /e/OS 1.0 under Settings → Privacy and security, it has the option “Always use secure connection”. Is that not adequate or comparable?

I’m noticing that even though I have spoofed IP address activated, when I go to one of those “find my IP address” websites, my actual address is being returned.

I don’t have any sort of alternate VPN or anything.

Followup note: I went back and actually and turned off all advanced privacy features using the slider at the top of the main menu and then turned it all back on. THEN the feature was activated and checks for IP address returned random locations. But setting IP spoofing from the specific menu for that feature didn’t seem to work…

@marcdw
Of course you can use that toggle, that is what should be/was default on.
However that doesn’t fix the security issues: https://divestos.org/misc/ch-dates.txt

@petefoth
Fennec is NOT a system WebView provider.
Lineage has its own Chromium prebuilts for such.
You cannot remove the Chromium WebView, you can replace it with Bromite however, but you have to update the WebView provider overlay like so: Optionally allow the official Bromite WebView to be used, credit @MSe1969 (e61e288b) · Commits · DivestOS Mobile / DivestOS-Build · GitLab

Fennec is NOT a system WebView provider.
Lineage has its own Chromium prebuilts for such.
You cannot remove the Chromium WebView, you can replace it with Bromite however, but you have to update the WebView provider overlay like so: Optionally allow the official Bromite WebView to be used, credit @MSe1969 (e61e288b) · Commits · DivestOS Mobile / DivestOS-Build · GitLab

Thanks. I’ll use the Lineage version

Has said in my recent post, OrganicMaps seemed to work as usual but couldn’t find my location.

I disabled advancedprivacy, rebooted the device (Samsung A3 2017, GSI) then OM could find my location but didn’t find maps no more

Disabling (for --user 0 ) advancedprivacy went in a change in choosen default storage (SD card, for me)

Will check other apps, when in use…