And why not change the GPS application?

I recently discovered Organic Maps: https://organicmaps.app/ and I must say that it is a good replacement for Magic Earth because it is open-source (GitHub - organicmaps/organicmaps: 🍃 Organic Maps is a better fork of MAPS.ME, an Android & iOS offline maps app for travelers, tourists, hikers, and cyclists based on top of crowd-sourced OpenStreetMap data and curated with love by MAPS.ME founders. No ads, no tracking, no data collection, no crapware.) and is based on Maps Me.

It contains a lot of informations from OpenStreetMap and works in offline mode.

Magic Earth has no trackers.

Looks similar to OsmAnd (no trackers) which is also open source. Available from F-droid.

How do you know it contains Google trackers?

There is a work in progress to switch the application to f-droid which would be a guarantee of quality in terms of privacy : https://github.com/organicmaps/organicmaps/issues/33

How do you know it contains Google trackers?

I don’t know much about trackers I admit. These two could be beneficial for all I know.

There is a work in progress to switch the application to f-droid which would be a guarantee of quality in terms of privacy : https://github.com/organicmaps/organicmaps/issues/33

Ah, I see. I just had a look at this and things seem to be moving quite quickly. I wouldn’t be surprised to see a tracker free version of this app in F-droid fairly soon.

Are traffic jam reports and traffic load also included in the navigation?

not for the moment, maybe later ?

Their website (organicmaps.app) does not contain any google trackers (or any other junk) which is always a good sign, although it does make use of google fonts. 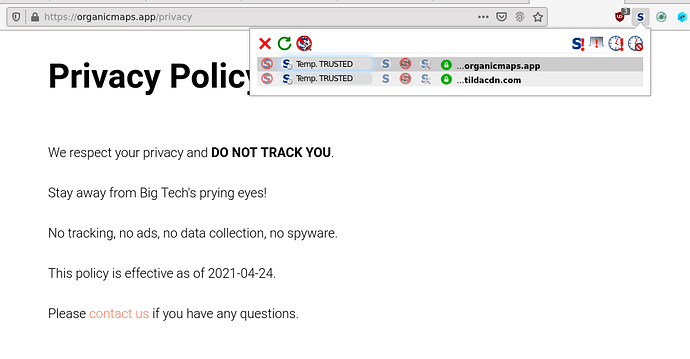 You are right, the new f-droid version is tracker free!

I’ve used OsmAnd a lot and started using Organic Maps when it appeared, they are very different. OsmAnd is a super flexible tool that can be customised to just what you need it to be, even routing modifications. Organic Maps is stripped down to the essentials, is snappy and uses a nice (essentially decorative) animations, much like Bliss Launcher. I’ve not used Magic Earth extensively because I was put off by the interface. If /e/ can’t convince Magic Earth to go Open Source then I think Organic maps would make a great fit in the /e/ ecosystem.

I tried Organic maps during a week long trip, and it was excellent!

Compared to osmand and magic earth (which I used a lot in the past), it is way more fluid and to the point. You have more important information, less overload. It loads map and POIs faster.

I only tried “on foot” navigation, and the only thing better I noticed on magic earth is the ability to choose from 3 available routes.

The search is also way better than osmand, even with magic earth from what I tried.

One key point which is available in organic maps and osmand, but not magic earth, is the ability to compute a route from A to B without GPS enabled. This is very useful when planning trips, or when using the map on low battery.

Where organic maps falls behind is transports routing. It can only show subway lines, and on my phone I couldn’t include transports in my route, it would always go on foot. On that aspect, osmand is way above all the others.

Much like osmand, organic maps lets you edit the map as you travel, a feature interesting to help improve osm, but not present on magic earth.

After trying all 3, I think I’ll stick with organic maps, and use magic earth for car navigation if I feel the routing is not as good.

Edit: seems like magic earth can compute routes from A to B without GPS, but this is not as easy to use as organic maps

I went to install Organic Maps to try it out.
There are two versions available in Apps.
One has google bits, one does not.
Somewhat confusing. 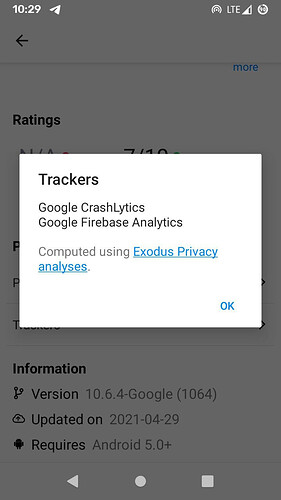 There’s a package available in F-Droid…

There are two versions available in Apps

I think the first one (the square) is from Google Play Store,
and the second (the cirkel) from F-droid.

This is indeed somewhat confusing and i think it would be better, if there are duplicate apps from different stores, the one from the Play store shouldn’t be available in the /e/ Store, only the one from F-droid.
(I don’t know if the development team has any plans about this…??)

Downloaded organic maps with the circular icon from Apps, on initial startup it needed to download maps of the world to get started, no problem 38mb and a minute later it was up and running.

A few days later I go to use it and it asks to download maps of the world again!

It is not possible to continue without doing this which is really annoying. I haven’t cleared the cache for this app so it should still have access to the maps it downloaded. 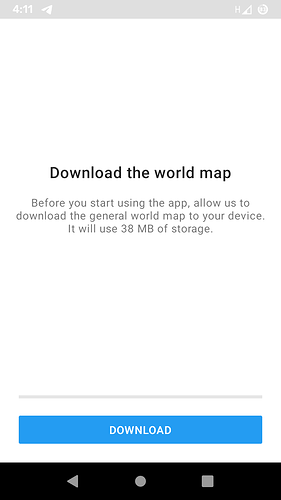 I think the first one (the square) is from Google Play Store,
and the second (the cirkel) from F-droid.

Now both Google Play version and F-Droid version don’t have Firebase Analytics. No trackers in both versions! The only difference between GPlay and F-Droid version is that GPlay version supports Google Mobile Services for getting location. Of course, Google still tracks you, but if you are already have Google-enabled phone there is nothing we can do. F-Droid version will require more time for cold GPS start because it doesn’t have Google libraries AT ALL (no Firebase, no GMS, NOTHING).

although it does make use of google fonts.

Are traffic jam reports and traffic load also included in the navigation?

Unfortunately, there is no reliable open traffic jam provider on the market. We can enable Traffic jams from Google or someone else, but they will track all your movements to sell crappy ads.

Please feel free to report all problems to https://github.com/organicmaps/organicmaps/issues.

This is indeed somewhat confusing and i think it would be better, if there are duplicate apps from different stores, the one from the Play store shouldn’t be available in the /e/ Store, only the one from F-droid.

This is already the case in Apps. But both apps must have the same package name, otherwise we cannot distinguish them.