The installation based on StockROM Android 7.0 was uncomplicated. 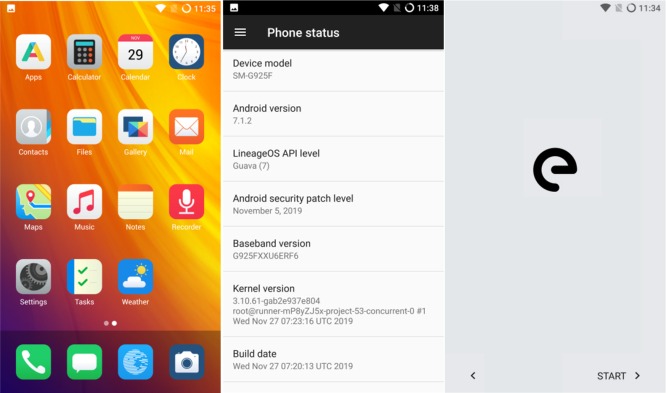 “e-v1-nougat” update is foreseeable. Thanks to the /e/OS Build Team!

A well-known error has unfortunately been reported again.
→ OTA-Update will not be installed automatically. 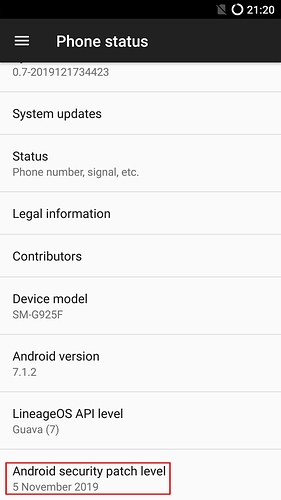 What should the user think of it?

On the question being raised on the forum regarding the Security Patch for Nougat showing Dec 5th, 2019 when * google has stopped patches

Will update once we have more details on this. 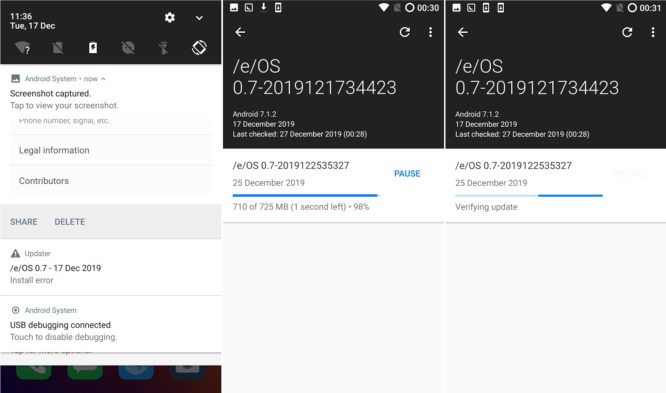 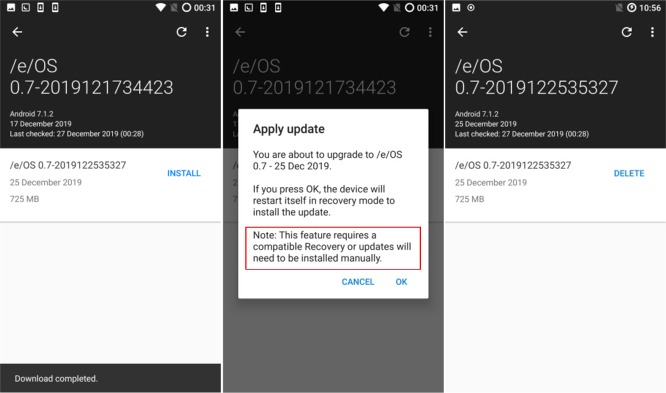 Note: This feature requires a compatible Recovery or updates will need to be installed manually.

Tried without success. TWRP 3.3.1-0 Modded for OTA support - it did not work with my device …

So the update has to be installed manually again like in the previous month. 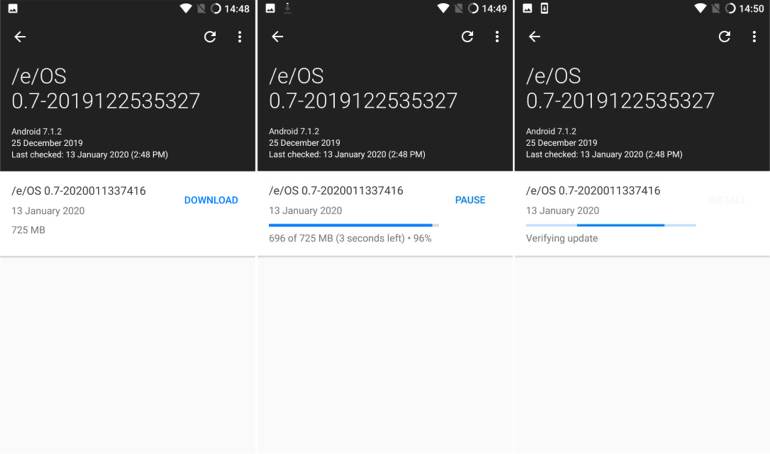 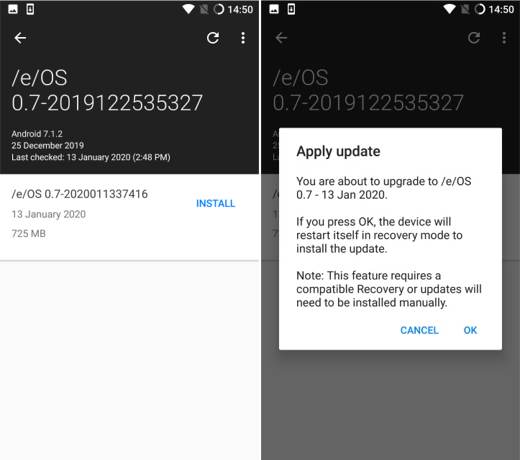 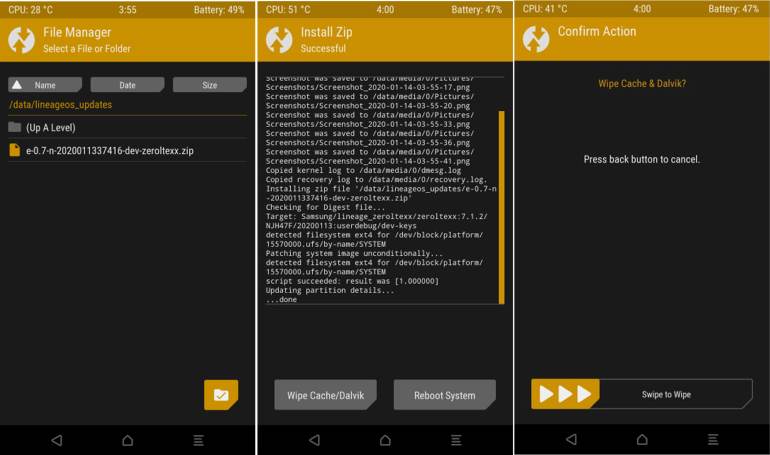 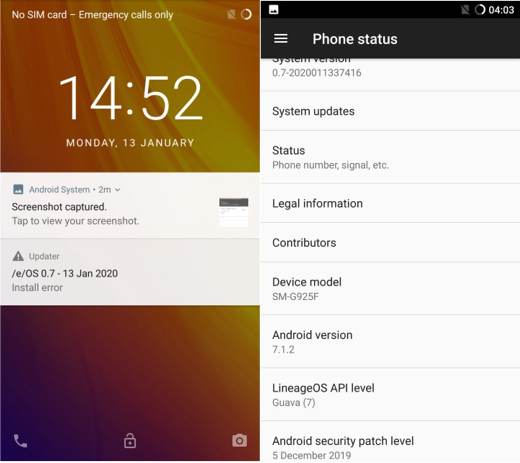 Now the S6 Edge was also discovered by the “bug devil”. 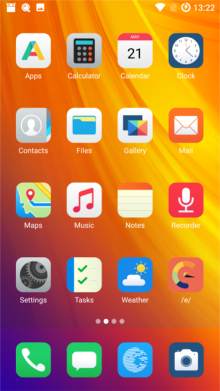 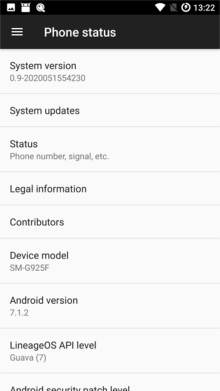 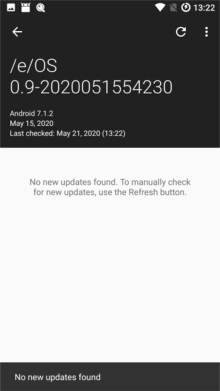 After installing the /e/ OS ROM, everything seems fine.

However, if the SM-G925F is attached to the host machine via USB 2.0 cable for slow unloading, the phone will reboot constantly. The LED color in the upper left corner changes from green to bright white. A few seconds later, the LED changes back to green. It only takes a few seconds, then the “endless reboot loop” starts again.

Unfortunately, the “endless reboot loop” also works if the phone is just lying there unused without any connection. The glaring white LED lights up premanently, which means it won’t go off at all. Only the phone is switched off completely to end this scenario. Debug messages such as S6 edge zeroltexx reboot when are greeting you … 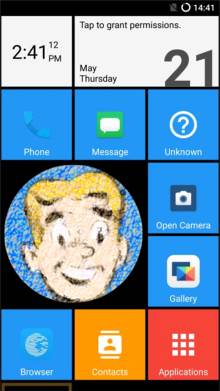 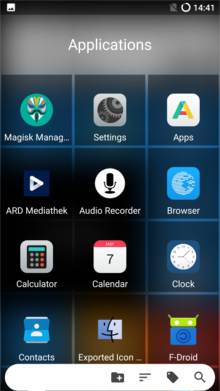 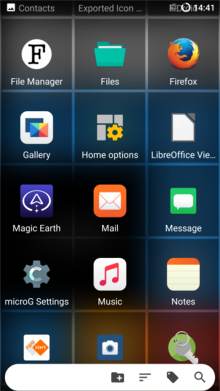 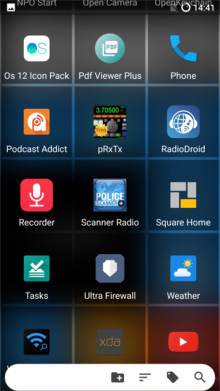 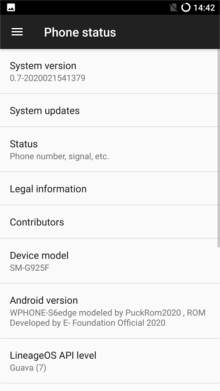 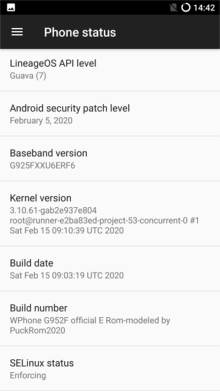 Hi there
I am new here and new to custom roms.
I installed e-0.9-n2020051554230-dev-zeroltexx on my galaxy s6 edge SM925i and
got the same problem.
The "rebooting " (it takes about 10 seconds or so) seems to happen after I stopp using the phone. As long as I kept it awake, all seemed to be well.
Have to use LOS for now, but want to come back

Hi Piet, welcome in the forum

Or you can use the latest “e-0.7-n-” version. That’s the last working version for this device.

The Samsung Galaxy S6 Edge SM-G925F (zeroltexx) is optically such a nice device. Also technically excellent, because it is very fast. But the /e/ OS firmware -n(ougart-7) unfortunately does not do justice to this device.

Since there is no official 8-Oreo or 9-Pie offshoot of LineageOS, we will’ve to wait a very long time for significant improvements. The to-do priorities at /e/ are in other areas.

Custom ROMs based on ASOP 10 with current security leases have been the only everyday alternative for months. I regret this as /e/nthusiastic very much!

Is it a way for Nokia phone ?

In my estimation - no.The WPhone ROM only shows what creative people with technical know-how are capable of.

The WPhone ROM for Samsung Galaxy S6 G925F is based on /e/ OS ROM. It got a launcher that imitates the user interface of Wind°ws Phone and some additional features like root with Magisk and several apps.

After the first /e/ OTA-Update the whole spook is gone except for some small things and the /e/ BlissLauncher is back.

On older Nokia devices from HMD Global the bootloader is locked. On newer models this should not be the case anymore. Nokia’s with Android-One-Label could have a chance on custom roms, maybe also via GSI.

I can’t say anything more precise, because I only have one Nokia 3330, which is out of competition, but still works. For nostalogers, the cult mobile phone Nokia 3310 can be found here.

does anyone still have a link to the latest 0.7 version?

I think there is a newer than fabruary…

In March 2020 there was no OTA update for the “zeroltexx”, as the following screenshot shows … 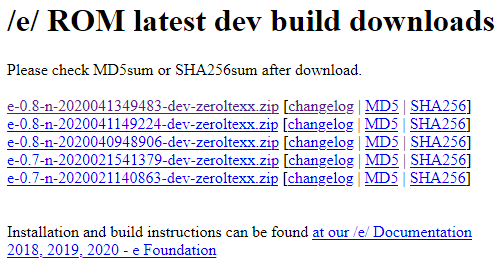 @piero, you’re right! I apologize for my mistake.