I have previously called for /e/ to either base its design on stock Android or redress the derivative copycat design of Bliss Launcher.

Some of you may remember Apple’s lawsuit brought against Samsung in court back in 2012 for infringement of “trade dress”. Here is a link to the case: https://www.theverge.com/2012/8/23/3260463/apple-samsung-jury-verdict-form-nightmare#

And comparison of Samsung’s UI and Apple’s from the court docs: 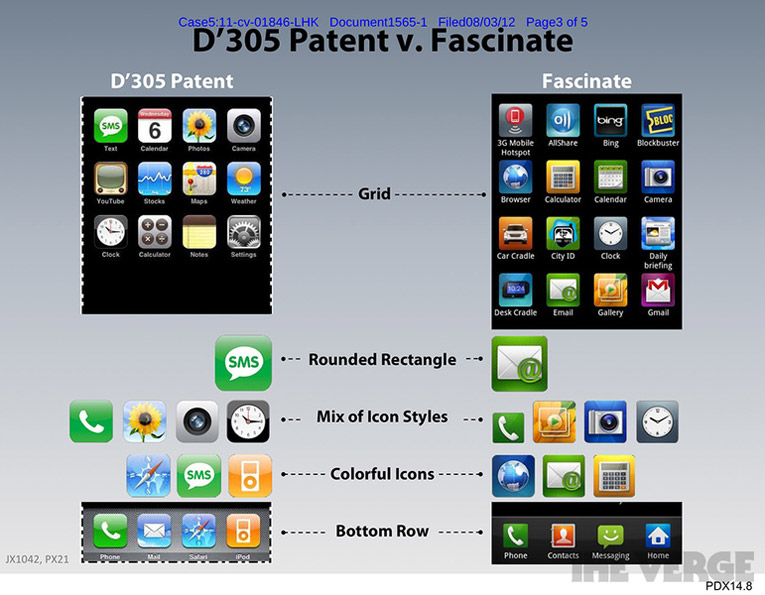 To put it simply, /e/ is courting a massive lawsuit.

I feel strongly it is the job of human effort to do its own work and not copy others. If /e/ wants to create its own brand identity then it must do so on its own terms. It is, frankly, lazy to copy the work of others.

Not to mention the logo design, where the designer just put the G%§$e thing down, flipped it and reversed it.

I was not aware of that similarity. 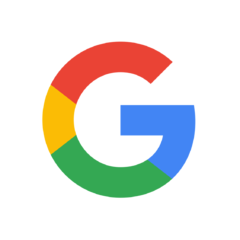 It is, frankly, lazy to copy the work of others.

To put it nicely… but then, that’s the trade mark.

In have flagged this post as being a troll post. Do not reply. /e/ is based on LineageOS which derives from the AOSP project freely distributed by Google. Obviously basing /e/ on stock Android is counter intuitive to any argument given and this post is blatantly aggressive and provoking.

I don’t see anything trollish or aggressive about this topic. OP voices reasonable concerns about the Bliss launcher which looks and behaves a lot like iOS and as he said this wouldn’t be the first time Apple sues over this.

“lazy to copy the work of others” is an unnecessary parting shot disparaging the hard work of e developers and is counter to the basic concept of open source software which encourages “copying” and enhancing and expanding previous development efforts.

That case is over 6 years old and at this point in the mobile device space user interface designs are fairly similar. Does Ford sue Hyundai because they released a car that has a round steering wheel with turn signals on the left stalk and wipers on the right? No it is smart design to make interfaces similar for safety and ease of use. Back when Apple had a new product then yes such a lawsuit may have had merits. But no more, the interface of mobiles is now ubiquitous.

I am not trolling. I take this issue very seriously. Bliss Launcher’s UI is a blatant copy of iOS’ launcher: from navigation to icons to the system search bar one swipe to the left of home. /e/ deserves better than this.

You may leave that decision to the moderators, please.

I think it would be very wise for /e/ to be more original with their designs or derive them from freely licensed designs.

Please contribute, for example submit requests for new features you think would benefit users. For example there is already one for being able to rearrange icons and is an accepted feature proposal.
https://gitlab.e.foundation/e/apps/BlissLauncher/issues/48

The team has long been working on Bliss but it is far from a finished product. Calling them lazy is uncalled for.
https://www.indidea.org/gael/blog/latest-development-updates-eelo-blisslauncher-v2/

In have flagged this post as being a troll post. Do not reply. /e/ is based on LineageOS which derives from the AOSP project freely distributed by Google. Obviously basing /e/ on stock Android is counter intuitive to any argument given and this post is blatantly aggressive and provoking.

Tycho, you are not just naive but uninformed also. I’m not gonna go into " the hard work of e developers" because you can’t really tell, obviously but the first time I put /e/ on my phone I was unpleasantly surprised by the iOS lookalike, almost on purpose. So there is a legal issue and an ethical one.

I really don’t see any issue here.
All it projects copy Apple innovations.

I agree with the OP that if /e/ eventually becomes as big as we all hope it does, it may face some legal challenges due to its similarities with the iOS interface. I would personally hate to see the project killed/impacted because of some legal action.

Not to knock all the hard work that went into making Bliss, but I personally would have preferred just using Trebuchet (which I do). Making an Android ROM have an iOS feel just seems like a huge identity conflict.

Don’t worry too much about this.

When was the first touchscreen phone invented?

Is macOS UNIX? (and What Does That Mean?)

Is macOS UNIX or just Unix? Or is it Unix-like? We answer the never-ending debate and explain standards like POSIX and the SUS along the way.

Apple sued over use of UNIX - Geek.com

unix just can't seem to stay out of the courts these days. no, we're not talking about the sco vs. linux imbroglio, we're talking about apple computers, inc. touting the underpinnings of apple's …

And some more ancient history:
https://www.huffpost.com/entry/steve-jobs-google-grand-theft_n_1023111?guccounter=1&guce_referrer=aHR0cHM6Ly9kdWNrZHVja2dvLmNvbS8&guce_referrer_sig=AQAAAIyM_78KCAdHCWhJ5qlOjH-nj_0AGq1_XH8ciJoDIc4xPmygIOFvUmJLfXlCSs8ePTP8ndM8MJ4k2CEDAZ6dDMuCs0K6_KyAdP11NCL94hxGC_2G1LaWstnMIUEvTk3zY5gNETP3Cp0GyD7AQ6B59Modi_twEuGXuRyYUSla4oJ6

Yes, Google "Stole" From Apple, And That's A Good Thing

Image via CrunchBase Apple is currently locked in a legal battle with Samsung over claims that Samsung's smartphones and tablets infringe on Apple's patents. My Forbes colleague E.D. Kain suggests that Apple might hold the high ground: Many have...

Of course we have to be careful with copyright issues, and never just copy something.