Have you checked it?

@Manoj would it be possible to have an answer please?

The update I got was that the v0.15 stable build has gone out for the S9 …are you not able to get it ?

So you mean that the easy installer now installs /e/ android 10 by default for the S9?

@Privacyman, you got an answer from @Manoj but have not answered him.

If you startup Easy Installer, try the download, if no new file is there, you can answer him no.

If a significant download occurs, have a look at the file and see if you can identify it as q. When someone tells me that q is stable and delivered I can update the page. Thanks, and I hear your frustration.

@Daddy, lots of people might be interested to hear if you got Q today using Easy Installer.

It is frustrating that this page was supposed to solve this problem, but still we are in the position that no one seems to know what will be delivered unless a user reports it!

no one seems to know what will be delivered unless a user reports it!

I checked with the team and was told that stable v0.15 has gone out which means it should show up on the Easy Installer.
Now if a user is still getting previous versions v0.14 ,v0.13 …then that should be reported and accordingly I can ask the dev team to fix it.

I had a PM report that, overnight, Easy Installer delivered Oreo for Samsung star2lte.

@aibd helped me through the tricky flashing of star2lte to a S9+ SM-G965F/DS. I am in the USA so remember these phones are not built for the USA, Samsung does not make firmware for the USA on this phone and from what we believe, the updates they have pushed to this model put a regional lock on the RMM to prenormal once the phone communicates back via the internet that it is outside its intended geographical location. I purchased 2 of these phones off of ebay, S9+ SM-G965F/DS because the /e/ store was out of stock and I previously had no issue flashing eOS (Android 10) to a brand new S9 SM-G960F/DS using ODIN (I did update this phone OTA to Android 8>9>10). The phones were brand new out of the box, never used. On the first S9+ I allowed it to update over the air to the latest Android 10 (Q) with a security patch of March 1, 2021 because in /e/'s directions to flash via Heimdall I mistakenly thought this was the Android build I needed to be on, Android 10 (Q) (it should be on Android 8 then upgrade to > Android 10 after the eOS (Android 8) flash). This was a mistake because Knox does not allow this phone to be flashed back to Android 9 (Pie) or Android 8 (Oreo) once updated to 10 (Q) (at least here when in USA due to Knox RMM getting set to “prenormal”, we think due to a regional lock once the phone communicated back to Samsung/Knox over web). The other issue, Knox sets the RMM to “prenormal” and it cant be made “normal”. What this does is allows us to go into developer mode with “OEM Unlocked” however it blocks all “non-official” ROMs/bianary as well as official ROMs/Binary lower than Andorid 10 (Q) and thus I was stuck on this phone. I could not flash eOS to it due to Knox/RMM: prenormal and I could not flash it back to Android 8 so this phone sits with the stock ROM. A company named ChimeraTool offers software to remove RMM prenormal but they don’t have the ability to do this on anything past BIT2 (can be identified in the CSG/PDA line, if the 5th character from the right is 2 or 1 in the PDA/CSC line their software will remove RMM prenormal, once Andoid 10(Q) was installed this character was a “F” not a “1” or “2” so it is stuck with the stock ROM.

On the second phone I did not connect it to the web during the initial setup, it was loaded with Android 8 (Oreo). I could not get OEM unlock to appear on this phone so after disabling auto OS update I followed THIS to trick the OEM unlock to show. It did finally show but the RMM was still “prenormal” (likely due to my ip/geolocation so Knox/RMM does this). Everything was set here, I was on Android 8, had OEM unlocked, debugging enabled, Media Transfer Protocal (MTP) chosen, but… RMM was still in “prenormal”. So I used the ChimeraTool (had to pay them) and it did indeed remove the RMM prenormal issue (again, be sure to read previously in this post to verify your binary will work for this feature). After this was done I decided to utilize the easy installer. Everything ran great up till it was suppose to flash TWRP to the boot loader. The easy installer just stopped so I unplugged the phone and connected it to another computer and flashed TWRP via ODIN using the method in THIS post. After flashing TWPR I connected the phone back to the computer where the easy installer was still paused, easy installer recognized it and continued from the same point where it paused previously. From here the easy installer continued and finished without any issues. The phone is now up and running with eOS (Android 8, Oreo).

In hindsight I should have just waited till the eStore had the phones back in stock and purchased from them. Lesson learned. I will no longer buy Samsung hardware, they are locking these things down too much. Hope this helps. 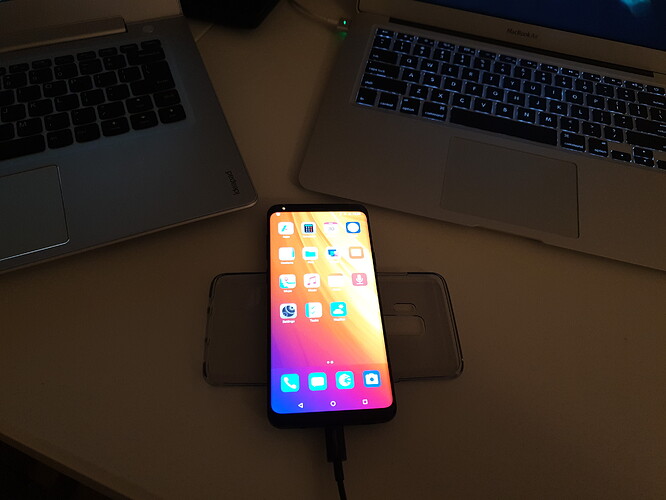 I checked with the team and was told that stable v0.15 has gone out which means it should show up on the Easy Installer.
Now if a user is still getting previous versions v0.14 ,v0.13 …then that should be reported and accordingly I can ask the dev team to fix

Thank you very much for this very complete message!
It’s helpfull for me.
I started to look for a way to handle the RMM/KG state prenormal with easy-installer.

So apparently the installer is still delivering android 8 for the S9 instead of android 10 as stated.
Has it been fixed yet?

Has the problem of the installer not delivering the appropriate android version been fixed?

@Privacyman I believe it delivers Android 8 because if you update the stock ROM to Android 10 Samsung has programmed Knox to block all non official ROMs in the USA for these nonUSA phones (you can’t get TWRP flashed to the bootloader if on Android 10). The solution is to get /e/ up on Android 8 then upgrade to 10 as outlined HERE

Edit: From further reading Android 8 (Oreo) is delivered because it is currently the only fully stable version per the /e//developers.

How do we answer a potential Easy Installer user with a Samsung running Android Pie, 9 or Q, 10 who asks:

Is it definitely safe to downgrade my phone from Stock Andriod (9 or) 10 to /e/Oreo, 8?

/e/ team itself stated that the easy installer should be delivering android 10 version by now so I don’t see why there would be such a problem.

@Manoj, what is the current situation about the issue of the easy installer not delivering the appropriate android version for some devices?
When will I be able to flash my S9 on android 10 with the easy installer?

Sorry I am not of much help on the S9. TWRP flashed to my S9 via Odin and on my S9+s TWRP and eOS was done using various methods combined. Good luck.

Could you answer me please @Manoj?