The world of Smartphones is divided between two forces …no not the Empire and the Resistance but iOS and Android. There were some bit characters in this mix. For example Microsoft ‘s mobile phone OS or the Blackberry OS but over the years these other Operating Systems have almost but disappeared from the Smartphone galaxy.

One of the biggest difference between iOS and Android OS is the level of ‘personalization’ that is possible on the Android platform. Android allow their users a great deal of control on the look and feel of their phone. Leading the way is the app called the Launcher. The launcher on the Android phones lets you customize your phone screen User Interface UI as per your requirements.

All android phones come with a default launcher — the launcher that comes with the Stock ROM. Google Now is an examples of a default launcher that comes along with the Stock ROM. Having said that there are a multitude of launcher which can be downloaded from various app repositories like FDroid or Aurora Store. Some of the popular launchers are Nova Launcher, Pixel Launcher, Evie Launcher… the list is endless.

Today we will meet the Bliss Launcher, the default launcher that comes along with the /e/ OS.
We will also meet Amit, the developer from the /e/ team who developed it from scratch.
The latest version of the Launcher is version 1.2.3.
Handing the narration over to Amit…

Hi, I am Amit. I have been working with /e/ as an Android Engineer since its inception. I started to work on the Bliss Launcher in Feb/March of 2018.

Bliss Launcher at its core aims to provide the user an easy to understand and use interface. /e/OS is a privacy-first OS. In an era of unethical data mining, when people are not educated enough about privacy (especially moms and dads), it’s most important to provide them with a UX that’s easy to use and control.

Most existing launchers in android have a very common visual design. This would include having an app drawer, a few screens to arrange your favorite apps and widgets as visible in the screen-shots below : 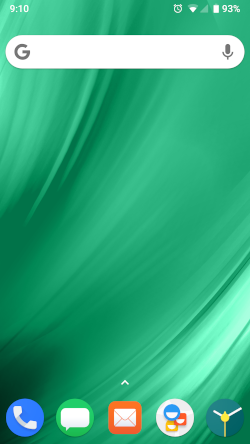 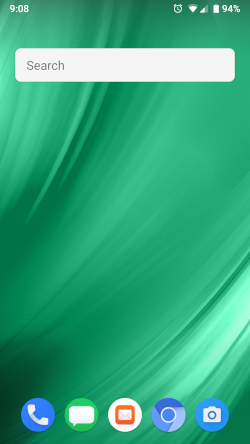 Most of these launchers are derived from the same codebase ie AOSP Launcher.
BlissLauncher was written from scratch. There is a reason behind this decision.
The main reason for not using existing Launcher source was that it follows a very different way for loading apps, widgets and shortcuts. Each launcher model is written to suite the OS’s UX but in our case, for the /e/OS, it was not going to help.
Another issue was if we used the existing AOSP Launcher codebase, we would have to refactor lots of source to fulfill our requirements.

The downsides of writing it from scratch is the time it takes to figure out new launcher features. As android does not have a specific documentation on what to take care of when creating a launcher it becomes difficult to handle specific use cases until a user reports a bug.
Example of such cases — User disables some apps by going into settings, handling apps that are installed on sdcard and handling managed profile.

Tools used in making of BlissLauncher

There are few other libraries that were used like Calligraphy, EventBus.
We also used the lineage-sdk to implement a weather widget in the BlissLauncher.

Most of the things that are used as a references in BlissLauncher are from AOSP Launcher2 or 3.
Comments in the Launcher3 code are much better than documentation available at https://developer.android.com !!
For those interested in creating a launcher of their own, I would suggest that they have a look at the Launcher3 code.
A word of caution it is not easy to navigate and go through the source!

In its current form the Bliss Launcher looks like this on the /e/ OS screen.
The screen has a 4 x 4 grid which holds 16 default apps.
Additional apps are visible on a subsequent screen. 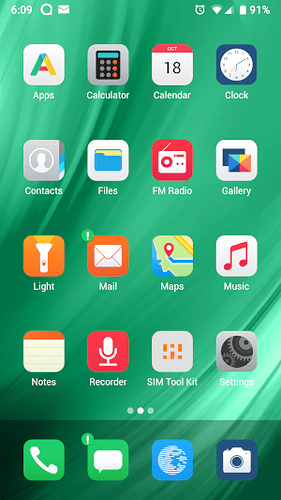 Bliss_Launcher-MainScreenSmall.png300×533 108 KB
By swiping from the left the screen as visible here shows up.

This screen has the following features 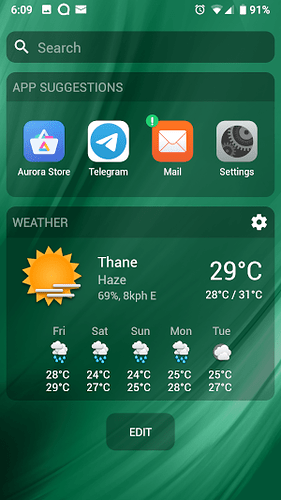 Additional screens can be accessed when swiped from right to left.
By default the /e/OS comes with a set of default system apps.
When you install new apps these get arranged on the additional screens.

A word of caution here from T/e/am : /e/OS is a google-free, user privacy respecting OS. By adding apps like WhatsApp and Facebook the user compromises his / her personal data on these social media platforms. So add new apps at your own risk. 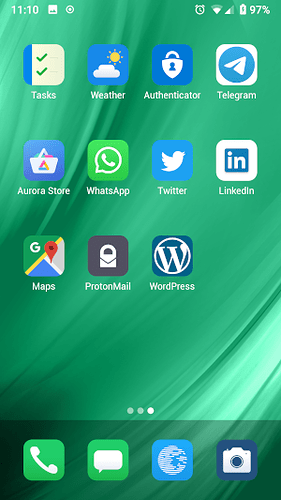 Bliss_Launcher-AdditionalScreen.png300×533 106 KB
With the additional apps the screen would look like this

Some of the features of the Bliss Launcher are :

To delete a non system app on the BlissLauncher 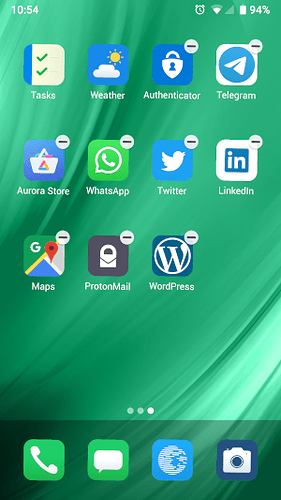 Delete Apps.png300×533 111 KB
To delete a non system app on the BlissLauncher
Updates for the Bliss Launcher

I am planning a few updates to the Launcher in the next versions.
The next major update version will be V2 of the BlissLauncher . It will be

At present, I am doing a complete refactoring of the BlisLauncher source code. The purpose of this refactoring exercise is :

You can view the current progress by going to this refactor-mvi branch.

Here is a list of a few features and modifications that are intended to be part of this big upcoming update:

I think for the weather app widget

The latest version of the Launcher is version 1.2.3.

I like /e/ Bliss Launcher and also use it with LineageOS powered phones.

Thanks a lot to @amitkma and the developping team !

core aims … an easy to understand and use interface. /e/OS is a privacy-first OS.

In what ways does Bliss help meet the goals of a privacy-first OS, different from other launchers? I couldn’t spot anything really different.

Good question. The statement was with reference to the /e/ OS and not individual apps. Bliss Launcher is a straight forward launcher similar to other launchers available on the net. It asks for some permissions which you can deny it if you do not want to grant them.
Maybe we can take this as a feedback for future updates to the Launcher.

why does the Bliss launcher require location permissions?

… and the BlissLauncher development also reflects the competence and philosophy of /e/. This is a positive sign to the outside world.

Thank you, this bliss launcher is really great and fast and handy.

Better place your questions and wishes here Any ideas for Bliss improvements?

Why isn’t it possible to uninstall the weather app ?

The weather app is currently a system app. These can usually not be removed by simple clicks even with StockROM Abdroid. In the foreseeable future it should be possible to simply uninstall SystemApps.

hey , i have 2 issue with launcher , i c’ant get out app from folder and the folder look not tranparency
screen: 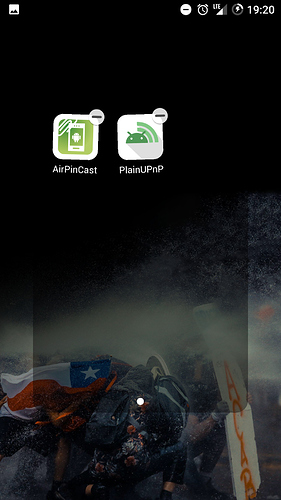 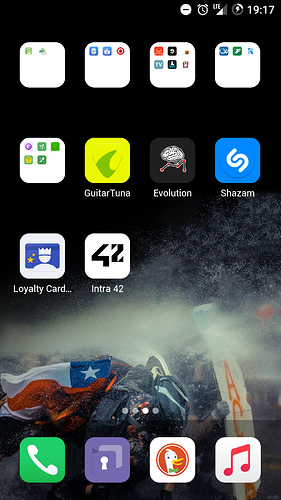 Hey, looks like your issue has been reported here :

Folder not being transparency isn’t an issue.

The weather widget cannot be removed as of now.

I never configured it, and I 'd like to remove it because I never use it and it keeps asking for my location after ervery startup, and my location is set to “off”.
But I like Blisslauncher, thank you, it is very nice, beautiful and easy to use.

Why not one day take the same advantages mentioned above by putting them in something that stands out?

Why not seize the opportunity of making something new in terms of user experience which will make an additional competitive advantage to /e/OS compared to other phone OS ?
Why not make a visual difference compared to other OS ?

It would be good to add a little audacity to this bliss launcher !

PS: keep up the great work

Sounds great. I only hope for transparent folders or just to be able to make them black for oled screens.