Persistent application storage which survives de-installation of an app?

is there some sort of persistent storage of appllication related data which is not removed when the app is uninstalled or its data is purged? I am asking because of the following observation:

I used to have the Minetest application installed on my FairPhone2 with /e/. That application has an icon which usually looks like this: 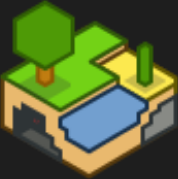 (icon taken from a screenshot of the app in F-Droid) and indeed did so within a folder on my home screen for several months.

Then spontaneously, it changed to 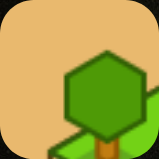 : I don’t mean the different background (which is expected because the previous screen shot was not taken from my home screen); but note that the logo is enlarged and only the upper left portion is visible. I cannot tell the exact occasion in which the logo changed, but I believe it was related to an attempt to start the application (it always fails during its initialization, but that’s probably a different issue).

I have since uninstalled and reinstalled the app several times. Also wiped its cache and data. Without getting the original logo back.

Is there something else (besides factory reset

) which I should try?