+1 for J5 SM-J530F. Have been looking for degoogling my phone for a really long time

+1 for Galaxy J5 SM-J530F, tired of google and samsung…
Thanks in advance!

Dear @Manoj, just wondering if there is anything in particular we could help with to make support for this device a reality sooner rather than later? A small fee or help with testing comes to mind. I could offer both if interested? Best wishes, m

The best way would be to have some build an unofficial ROM for the device - in /e/ Pie code - test that out and share the feedback. @Anonyme is listing the best options to port or upgrade to Pie and later Q. The devices with the best feedback are the top contenders.

Hi, actually @julek already made an unofficial build for j5y17lte but didn’t release it yet.

I just need to know how to figure out having a /e/OS ID. (EDIT : okay found it but the server is under maintenance mode)

Until then I created a small script that makes it much easier to build this by yourself : 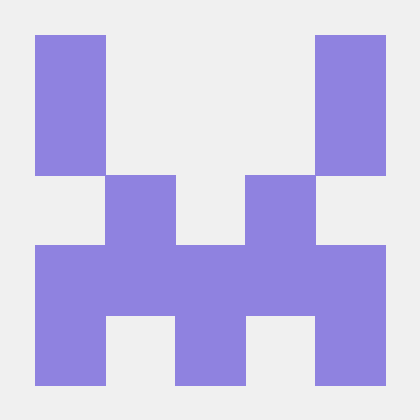 Having a second person who manages to build the image using this script would greatly help me since it would prove that my build is not just “it works at my home” phenomenon.

PS : the image is completely untested. This is because it is my main phone right now and I cannot afford bricking it. So if some among you can afford this it would be great. I plan to buy the /e/OS S7 later on when I have a bit more money to dedicate my current J5 to science - anyway the device does not appear to be supported by Samsung anymore.

Here’s a TWRP image for the phone : 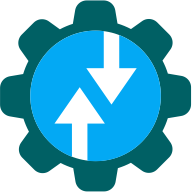 PPS : right know the build only exists for Oreo while this phone supports also Pie - this is because there are no official LineageOS sources for this phone. If the Oreo image proves to work I will start working on a Pie image as well, no guarantee of course. I found plenty of interesting resources with Pie on this phone notably from Exynos7870 repo.

Dear @Manoj, @Anonyme, @julek and everyone else involved with the incredible efforts so far! I would love to help test - some constraints however:

Will try to find more disk space and attempt a build asap. Yet, installing it seems problematic. Please feel free to pm me if there are ways to help even with those parameters.

All the best and thanks again for sticking with this! So important keep perfectly functioning phones running and limit all the technological waste.

I can try your script on my building server

I’ll just have to remove the “:5000” from Docker commands; not a problem as they work fine on standard HTTP/S.
I’ll have to perform a maintenance on the server after finishing current build, so I expect to launch it by this evening.

You aren’t forced to build, you could just wait that julek shares the build he made (but he’s waiting for ecloud to be back online)

Though it’s useful to know how to do it

Well I’d like to create first a space on /e/OS but seems like the server does not respond. Okay so I’ll face the evil, put it on Google drive…

Soo, sorry for the deadly sin :

@mrpoppins : when I have more money I will dedicate my J5 to “science” and switch to an /e/OS refurbished S7 Edge. Anyway do not run the script on a laptop. The build process is rather CPU intensive and your laptop cooler system may not like it…

Anyway I’d like to get feedback on it, feedback I did not get as of now.

I could make it work on two different Debian hosts - but interrupted the build on the second one once the Docker phase was started because the host cooling system was not exactly happy - a laptop.

Thanks @julek and @Anonyme, a bit of a chicken-egg scenario I guess. Once the big tech malware is gone there will be so much space, performance and smiles again

All this heroic work is very much appreciated, good luck!

Thanks for sharing it.

Soo, sorry for the deadly sin

For the time being, you could have used https://drop.infini.fr/ for instance (more servers can be found at https://framadrop.org but this one can kept files at the size of a ROM for 60 days instead of 24h for other servers).

I’d like to get feedback on it, feedback I did not get as of now.

Sorry but I don’t use docker.

Okay thanks ! I did not know drop.infini.fr - will do this later on.

I understand your Docker point. It is unflexible which is true, but helps greatly when you wish someone else to be able to rebuild images without the “it works at my host” issue. Oh and don’t tell me about using a Docker container on production servers except on very specific cases !

So the ungoogled links :

All these links are available for 30 days.

It was understood you need a “witness” for your script, that’s precisely what I’m offering

Once build terminated (with success, that’s for sure

) I’ll provide you with log(s) and zip file; do you need something else ?

Nothing else, thanks ! BTW the image is now available !

I hope this meets your expectations !

Great ! Thanks a lot ! It validates both the script and my patches. Thse (thanks to @Anonyme and @harvey186 ) are kernel patches, not on the C code but on makefiles, and inclusion of another thing that was not included otherwise, wireguard.

Nice work everyone, especially @julek for pushing ahead with this

! Will someone please notify us n00bs here when something is usable please …not sure what these builds imply? And please let us know where coffee / beer funds can be donated.

The situation with my J5 phone is getting pretty grim. It came new with Facebook pre-installed without any option to uninstall. Now, it is filled with pre-installed junk from Samsung that one cannot uninstall. Even after moving all apps and images I added to SD card, the Samsung junk is filling up the 16Gb internal storage - making it close to useless.

Are these tactics even legal? Clearly Samsung tries hard to force me to buy a new device. Guess what, it will not be Samsung