Tracker Control vs VPN : how to choose?

From what I gather of the Internet, there is curreny no way to have both Tracker Control and a VPN. That really is a bother: I’m getting used to TC and lost trust in most commefcial apps that I depend on to go on about my life. (Let that sink for a minute).

Now I have a choice before me: VPN or Tracker Control? What do I need to know in order to make a choice? Which one is most effective at protecting my privacy? What are the pros and cons I need to weigh?

I’d appreciate some guidance. Thanks.

Wouldn’t it be wonderful to have a firewall like NetGuard that doesn’t use a VPN slot while at the same time being able to utilize a VPN like Mullvad or Proton Tracker Control?

Looking forward to what those who have a good grasp on this reply with.

Go with Tracking Control, in the same post @egx470 has quoted me I explain how the IP is barely used for tracking. I also explain some real uses for VPNs.

You can also check these articles that explain a little more on the subject, explaining on greater length what a VPN really is and what it is not: (the first article also includes a tool for telling if you really need a VPN, the second article, that is also linked on the first, goes a little more on the technical details of VPNs without being really technical so anyone can understand)

Why you don't need a VPN

Update: We have published a tool called ‘Do I need a VPN’. It builds on the key points of this blog posts to help evaluate whether a VPN is a right choice for you.

A very long article about commercial VPNs, their marketing strategies, and the truth behind their privacy and security claims.

The cons of using a Tracker Control software is that on Android it uses your battery. It could also potentially break something, but I don’t remember ever seeing that, it’s more theoretical than really true, since for stuff to break because of your tracker control they must be bad developed.

The pros of Tracker Control is that all the BigTech will track you a ton less. Sometimes I see someone commenting “but you can fingerprint when you see someone blocking fingerprinting”. And while that’s true, this is something only the BigTech has resources and willing to do.

Because if you block Google Analytics from a news site, Google won’t know you accessed it because you never connected to their servers from this site. The news site barely put efforts on that stuff they call a news article, let alone they’ll put any into building or implementing a system to detect and track someone who’s blocking trackers to then report to Google. They just want to slap some external libraries to check how to improve their site and some to deliver ads to collect money and the maximum they’ll do is limit your access because you blocked the ads.

So the “but you can fingerprint when you see someone blocking fingerprinting” only happens when you access Google, Facebook, Microsoft, Twitter and other BigTech directly. Tracking to such extent is only an advantage for them, the small site won’t gain anything.

On the same screen you can disable “Background data” you can also disable internet access completely or limit to WiFi, etc. Some apps have internet access just to phone home or for features you’ll never use, disabling is the safest route.

On the same screen you can disable “Background data” you can also disable internet access completely or limit to WiFi, etc. Some apps have internet access just to phone home or for features you’ll never use, disabling is the safest route.

I have gone into a number of apps and was floored to see how much background data had been sent! I disabled “Background Data” on them all. Now to see if anything doesn’t work 100%? Ive already moved to a browser/FOSS for most things but there is still a bit of work to do on my end. Thanks @river !

Hello,
Blokada is both Tracker control and VPN.

Thank you. Checking it out now.

Strictly a “me” thing. I used to use Tracker Control on all ROMs. Good stuff. Awhile back I wrote about how I used TC with InviZible Pro (DNSCrypt, access to onion/TOR and I2P sites, and proxy provider). Was able to apply a tutorial about using NetGuard with InviZible that was easily applicable to TC. It was okay but my provider’s IP was still being used. Plus the use of TOR was visible to web sites resulting in lots of captchas or sites not recognizing where I’m coming from (usually Europe somewhere even though I’m in the U.S.), that I may have been hacked, please change your password.

Given that all but one of my setups are rooted I changed things up. TC is no longer used.
I use App Manager to block in-app trackers. InviZible has three modes, Root, VPN, and Proxy. I use a regular VPN service (IPVanish, Surfshatk, Mullvad, etc.) along with InviZible in root mode.
DNSCrypt is in use. TOR module is running. Sometimes I2P if needed. Any browser can access onion sites (no need for Tor Browser) transparently like any other site. No issues with sites throwing up captchas and whatnot like in my last setup.
Apps that have proxy settings can make use of them, thus routing data through InviZible and taking advantage of DNSCrypt and/or TOR.

On my one unrooted and still locked OnePlus OxygenOS (all Google apps have been disabled, replaced by mostly FOSS stuff), the same is almost obtained. Use InviZible as the VPN but use my VPN service via Shadowsocks FOSS app (in proxy mode) connected to InviZible. IP provided by the VPN is in use while still taking advantage of everything InviZible offers. Also making use of its firewall on this phone.
As far as trackers go, I don’t know the situation just yet.

@marcdw Thanks for this. I am going to have to read it a few times to digest fully. Is THIS what you are referencing when mentioning you are now using App Manager?

Yes, that’s it. One of those only-scratched-the-surface-of-what-it-can-do apps.

Looks like to use these features I will need to learn to set up ADB over TCP or root the device. So much to learn…

Edit: Guess I should have read further… Not so bad,

Lineage OS (or its derivatives) users can directly enable ADB over TCP using the developer options. To enable that, go to the Developer options, scroll down until you find ADB over Network. Now, use the toggle button on the right hand side to enable it and proceed to section 4.3.

App Manager never worked for me. I have to tell I’m not rooted. But even in ADB mode, when I want to block all with “1-click operation”, it tells " only available in root mode".
And in my version of App Manager, downlaoded from F-Droid yesterday, there are no longer the three dots on down right of the screen. And if I select “Trackers” in an app page, I just can see those trackers without being able to block anything.

Very complicate and not very efficient.

Thanks for sharing. What are you using in place of App Manager? Any recommendations beyond TrackerControl?

Starting to wonder if I should just use a browser and save the URLs as apps on my homescreen. Then try to tackle fingerprinting through the browser.

*Use TOR for general browsing and Brave w/VPN when I need to login to sites. This with PiHole or NextDNS for DNS resolution (network level, /e/'s default on mobile.).

I try not to use apps at all and to prefer their websites when I can. It’s far easier to avoid tracking and fingerprinting in a browser than in apps.
By the way, I still have 2-3 apps I can’t afford to delete. For them, I disable background activities, block their ability to reach some of my personal data with the /e/ data protection facility. Keep the permission minimum… And if I find one app with more than analytics trackers, I simply decide not to use its service and delete it with no regret, seing it as an enemy.

One thing about my last post : I finaly found the three dots on down right of the screen of app manager. But it was unable to block the trackers of an app I need to keep. So, sorry for App Manager but I must be too stupid to use it…

Can you clarify what you mean by this? Are you referring to THIS “Current state of degoogleisation” listed on /e/'s FAQ page?

You go to Settings > Privacy And Security > Trust > Data Protection. (I hope the path is correct as my phone is in french).
You’ll find all your app listed with a logo looking like a mask, that become blue when you click on it. Make all of them blue, except phone and messaging apps. (top right of your screen, you’ll find an help window with explanation of this page).

This settings page has gone in LineageOS and /e/OS based on Android Q.

Got me a few older phones, flashed and rooted using Magisk. THIS write up you did is amazing! I am in App Manager testing. Now to test integration of DNS/VPN

alongside the blocking of individual trackers. Thanks again for this!

Given that all but one of my setups are rooted I changed things up. TC is no longer used.
I use App Manager to block in-app trackers. InviZible has three modes, Root, VPN, and Proxy. I use a regular VPN service (IPVanish, Surfshatk, Mullvad, etc.) along with InviZible in root mode.
DNSCrypt is in use. TOR module is running. Sometimes I2P if needed. Any browser can access onion sites (no need for Tor Browser) transparently like any other site. No issues with sites throwing up captchas and whatnot like in my last setup.
Apps that have proxy settings can make use of them, thus routing data through InviZible and taking advantage of DNSCrypt and/or TOR. 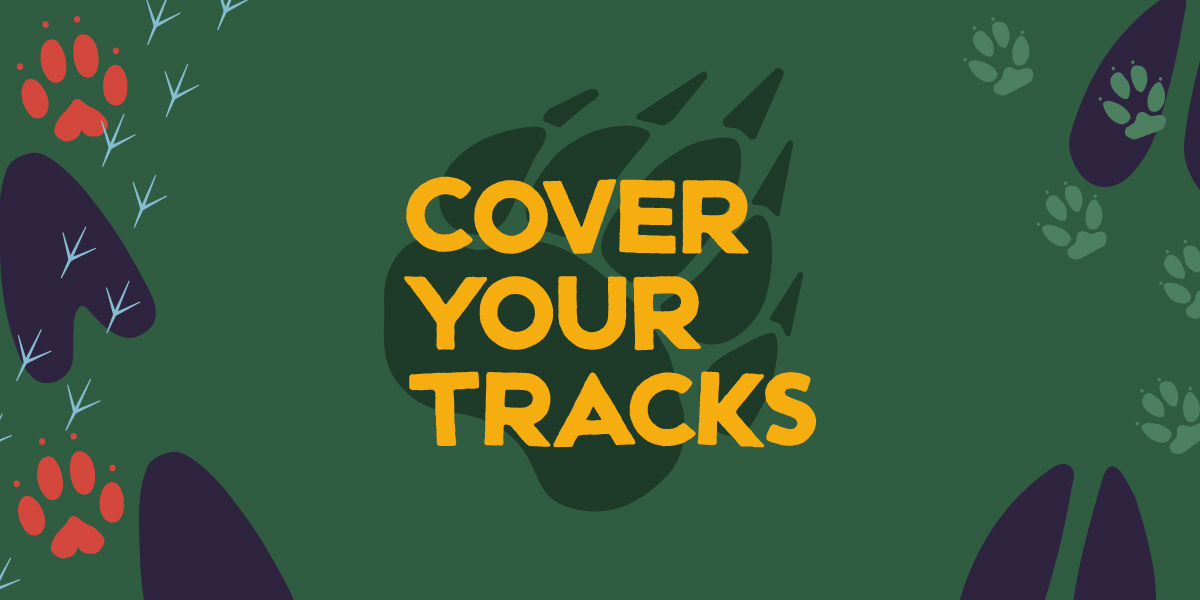 See how trackers view your browser

@marcdw @XjFred or anyone else, isn’t the information in results showing 100% near perfect uniqueness for your canvas fingerprint in EFF’s test above

? This is of concern to me in relation to the article below

Does anyone know what Google/FB (or any other big tech) does in relation to utilizing the canvas fingerprint? This seems like a very effective way to track and mine data on users to make $$$ off them for advertising purposes. I love how /e/ is working to completely eliminate Google from the OS level, from my view the next level is the app/browser tactics used and that is why I am so focused on this now.

Some additional INFORMATION regarding canvas finger printing done through websites directly using HTML5 /JavaScript. Worth a read especially to understand another dimension regarding utilizing only websites via mobile browsers.

Brave is the only browser, between all the browser I have tested with the Cover Your Track tool, that passed the test. It is naturally fitted with a anti fingerprinting solution.
Did you get good results with other browsers ?

Yep, seems like Brave is the only one to pass out-of-the-box.
I tested Tor Browser, Iceraven, Mull, Bromite, /e/ Browser, and even Privacy Browser (on top of Bromite WebView).

Tor Browser passed the fingerprinting only when security setting was set to Safest. It’s less useful in that mode though.

Most of the others, when using incognito or private tab, I get a “nearly-unique” fingerprint.