Read more about the nexedi experiment with /e/ when used as a desktop
https://www.nexedi.com/NXD-Document.Blog.E.Phone.As.Desktop

Is /e/ going to push out security patches indefinitely for a single device, like desktop OS’s do?

Well, that is neat.

From my own experience (and I do not know the relevance) is that some applications (Google Sheets, I’m looking at you) do not scale properly from the phone to desktop transition, while others (Microsoft Excel, of all things) did. My test was run involuntarily on a Samsung S8 using Dex and a Samsung FHD monitor. Backstory is that my wife had a medical issue that required the services of a hospital over 400 miles away. I had left my laptop out of my laptop bag the previous night. Long story short, I grabbed the laptop bag sans laptop along with all of our other luggage and left.

Really interesting idea!
I just wonder in how far this would blow up /e/'s source code.
If it really does, I wonder if it could not be possible to put the desktop option into an optional plug-in. One f the things I really like about /e/, that is its slimness.

I Think Android is far away to be a desktop OS. I have tried several times AndroidX86. But the usability is not good enough on desktop.

Our universal smartphone, equipped with efficient and powerful modules, easily takes on tasks of a fully functional computer.

Would be interesting to see how the smartphone UI ends up looking on a desktop. Not sure we have reached that level of perfection as yet.

After reading that Nexedi article I think I found something new to try.
I’m the projectionist at a drive-in movie location (Pacific Theatres Vineland Drive-In). Every once in awhile a customer wants us to project some special message, wedding proposal, or dedication. Sometimes filming companies make use of the projectors. The ones we use (Barco Series) have DVI and HDMI inputs so I’ll hook up a laptop as a source. Now I see I can probably hook up the phone, in a pinch, if a laptop isn’t available. This might be fun.

That’s similar to maru OS on the phone. It’s oreo on the phone but you have full debian when the phone is connected to the screen.

Been playing around with this subject when I get the chance. Fun stuff. Used my Essential PH-1 mata as it has a lot of internal storage to experiment with.

Initially I set up an XFCE desktop strictly via Termux and its packages. No Linux. Turned out okay. Hooked up to my Vizio TV via HDMI. Retired from computers about five years back so my monitors are DVI and couldn’t use any of them. Anyway, not much in the way of GUI apps available but being a console kind of guy that would’ve sufficed using Mutt for mail and other console apps in windows. I think only NetSurf browser available for GUI browsing but its really lacking. 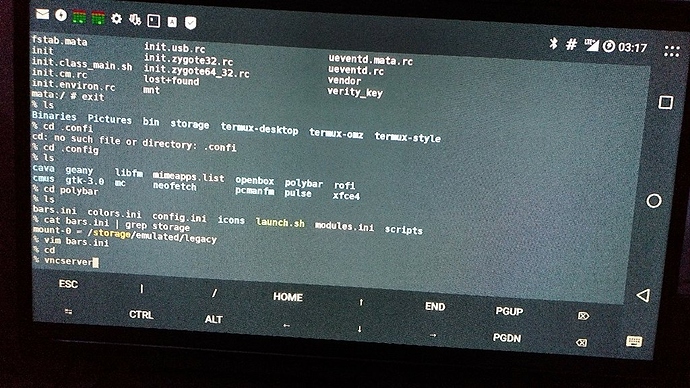 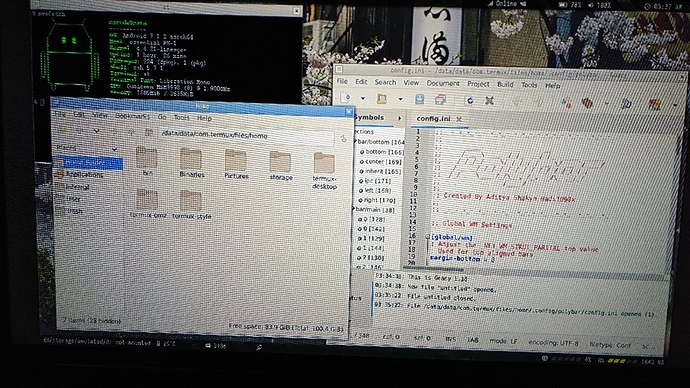 Later I played around with Linux on Android stuff like AnLinux and UserLand. Currently running an actual Debian distribution, via Linux Deploy, running MATE Desktop. Still trying to figure out the right resolutions for the TV but all pretty cool. 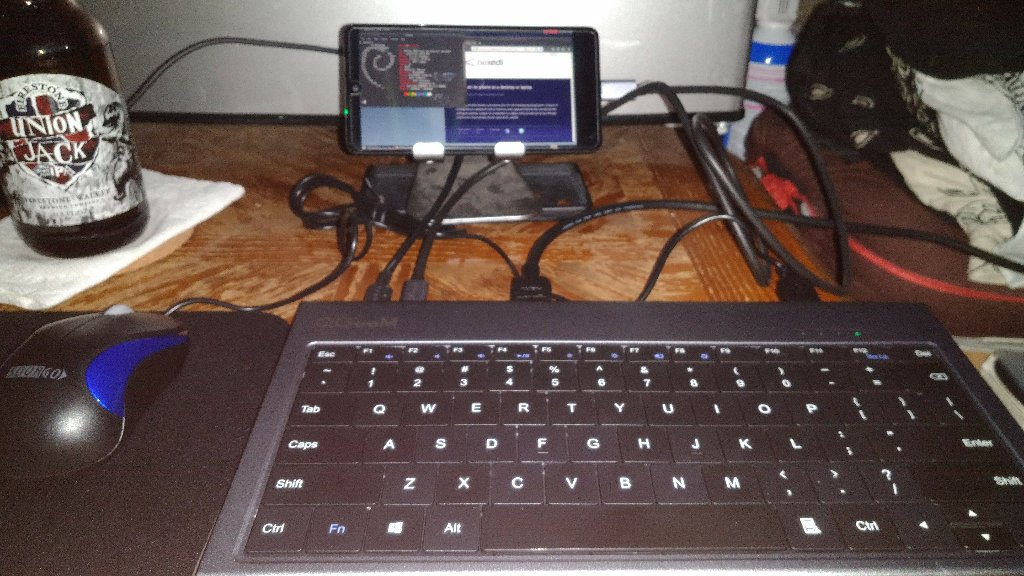 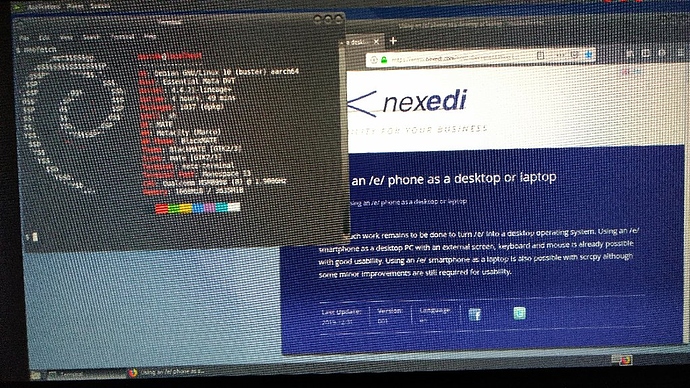