(User can still build these devices as their code will reside on the servers. They have been dropped as the builds had stability issues. That being said we will continue evaluating all these devices and if future builds look stable then the devices will be back in the supported list.)

The new microG version add some improvement in the Exposure Notification API. Unfortunately, the update we shared on Apps doesn’t apply automatically. To apply it manually, you have to:

If you apply the v0.14 update before having update microG, microG EN will be uninstalled. In case it happens, follow these steps:

Be sure we will do our best to avoid this inconvenience in the future!

Issues in v0.14
We will remove the v0.14 build for the a5y17lte.
Will revert to v0.13 for the Samsung A5 (a5y17lte) to avoid issues to users. Need to figure out what happened as this build was tested.

New Devices and Upgrades
Still to be released for this week.

Will update as more inputs come in

Edit: twitter was faster than the updater, but now it shows up.

Yeah, q0.14 shows up as OTA. I’m a bit worried: after my last OTA I was forced to reinstall from scratch… Has anyone been the brave?

Yes, I was brave and so far everything went well on my FP3.

Can confirm everything works smoothly on my FP3.

I only had to manually reinstall the exposure notification API, as indicated in the release notes. Didn’t loose any recorded encounters in the process.

On my a5y17lte I ran into a boot loop. The device restarts even before the /e/ logo appears …

Update: I manually flashed e-0.13-p* without wiping anything and have my old system back without the need of reinstalling everything …

Hi @weichselbaumj did you try to manually flash the 0.14

Hi @Manoj, I just tried it with adb sideload, same result (boot loop). Maybe it would work with complete reset incl. wipe, but due to lack of time I’m currently not able to test it.

Is this update just for die FP3? Because my FP3+ doesn’t show any new version in the system updates.

The same build goes out for the FP3 and FP3+. Will ask the team to check on the FP3+

V0.14 installed on moto G7 and all good. I did notice the update message displays you are installing v0.13 Jan 26th 2020. The same happened for the December update it listed 0.12 instead of 0.13. Bit confusing to see.

On a separate issue Aurora App store has stopped working in the last few days. I uninstalled and reinstalled and it is stuck on the login successful screen. This is not related to v0.14 update.

Update: Go to Settings, Network and Enable custom tokenizer in Aurora Store app. Exit the app and you should be able to connect.

This fixed the issue.

Are you on the dev or the stable build ? You can check what the version details say under System Updates in Settings

This version looks fine once installed. It was more the install confirmation message displays v0.13 is about to be installed instead of saying v0.14.

All good on my FP3 as well.
The UI consistency is not working though.
The Files app is dark theme but the header and nav bar are light.
The calendar used to be dark theme and is now light.
Contacts and phone remained in the light theme.

In system updates it just says this: 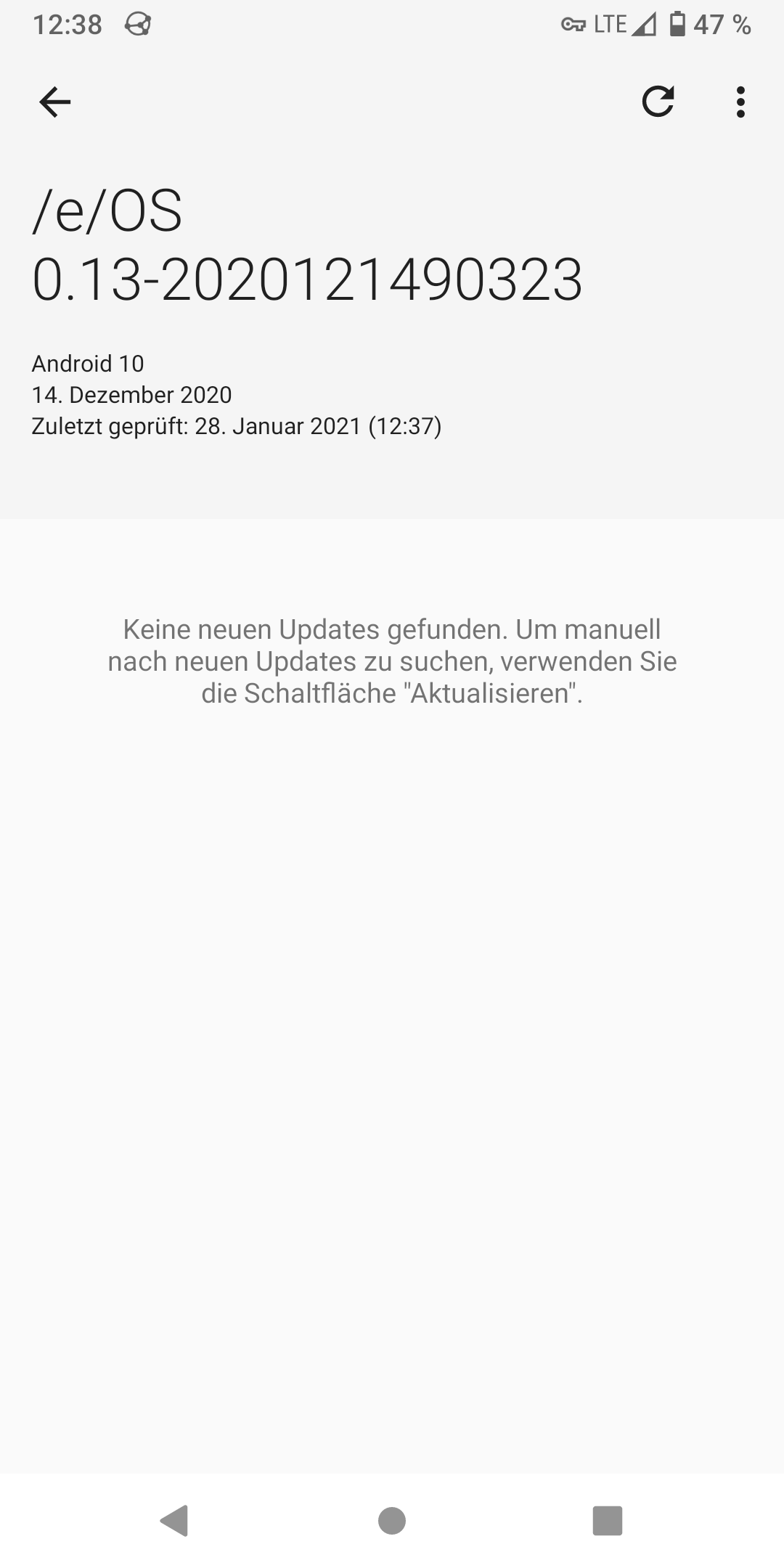 This is the stable build. The release to the stable channel will happen next week . To read about the differences between the builds check the document here. 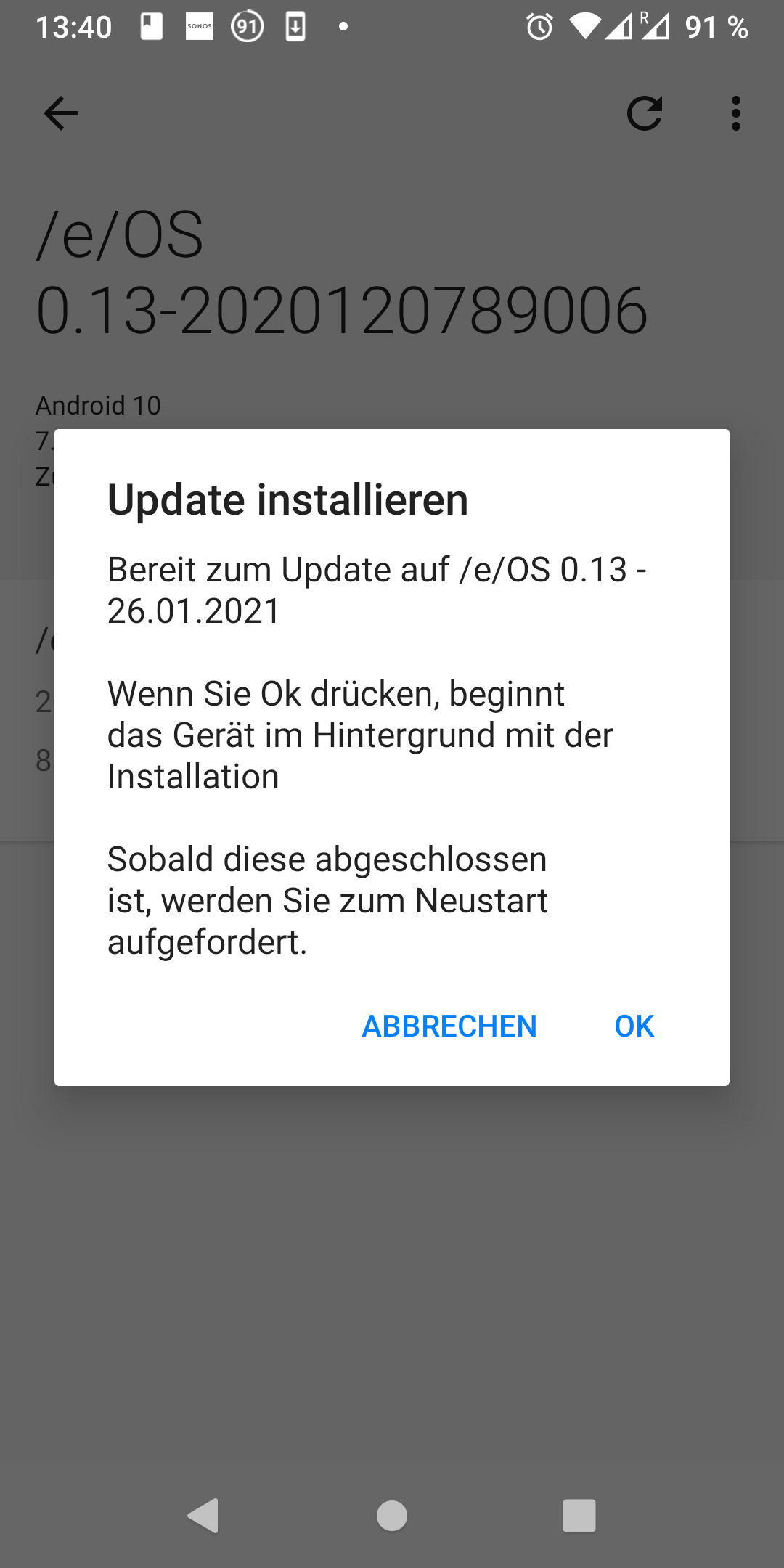 What is the status of Xiaomi Redmi Note 8t? I understood earlier that it was supposed to receive officially supported version.

Any update on this device?