Hello dear /e/ community, I recently got the Redmi Note 8 and am amazed by the quality of it for the low cost. I would love for it to be supported by /e/ as I am interested in keeping my data private and out of the hands of google and the like.

It is currently running on the Android 9 based MIUI 11.0.8.0. As the phone is new its still being maintained by Xiaomi with the latest patch being the March Security patch.

It is already supported by many custom ROMs:

As i only recently got this phone I am not aware of any errors.
Thanks for reading and enjoy your day!

P.S. I would have loved to link more ROMs but you can only add two links.

Hello,
I also got a Xiaomi Redmi Note 8 ( Ginkgo) , and i am also interested in installing /e/ on it. I heared about your project, in the MageiaOnline forum, for i am a Mageia’s user.
Thanks for considering this demand.

I’m also nicely surprised by the overall quality of this phone for the money.
I particularly like the LTE CAT-12 (600Mbps download) support. Blazing speed great for using as a HotSpot (wifi router for PC). Can’t wait for /e/ support for it.

Btw, I highly recommend this magnetic USB
cable to make your phone last (not wear out the port). Both charging and data transfer work fine. I love this inexpensive product. 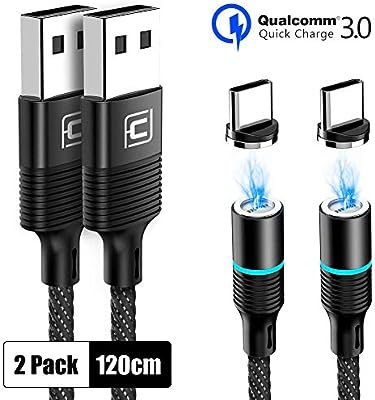 @BBQtoast BQtoast so what ROM are you now running then?
I really want to run /e/ on my Redmi Note 8 too, but I guess we will have to wait.
I’m thinking of installing crDroid for now.

I would like to add my voice for the Xiaomi Redmi Note 8T (willow).

The need for a good custom ROM for this phone is particularly pressing since the default MIUI Android does not just contain the usual Google and Facebook spyware. In my tests, it sent basically a detailed live broadcast to Xiaomi about every single move the user makes, including URLs visited in the browser, search terms, app launches and more, with multiple connections established each second. This data is sent to Alibaba Cloud servers in Singapore, as well as Amazon AWS servers. Not to mention forced ads and unsolicited news from MSN servers on the widgets screen, eating into the user’s data plan.

Furthermore, it is close to impossible to reliably run an app in the background under MIUI, rendering something like NoRoot Firewall ineffective.

On the hardware side, it is an excellent phone, especially considering the price. If it wasn’t for the rather sketchy stock software, I would thoroughly recommend it – so it would be a perfect candidate for /e/.

If there was some kind of crowd funding system in place for supporting ports to specific devices, I would be more than happy to contribute by the way.

Hello, sorry for my late answer. As of now I’m still using MIUI and am waiting for the update to MIUI 12 to test it out.

Any news on this topic? I would also be very interested in having /e/ support this phone

I’d also be interested in reports of people running other ROMs on this phone.

I also use this phone and will be mora than happy to have /e/!!!

both are now supported by LineageOS
https://wiki.lineageos.org/devices/ginkgo

Just bought Redmi note 8T willow (4/64GB), on sale 99€ cause it is officially supported by LineageOS. Hopefully will be supported by /e/ also.

I just wish /e/ would either 1) add alternative, more traditional Android UI as option, or 2) Recommending some more traditional launcher instead of pushing people immediately to LOS if only UI option is not the one which feels right for user. Why push some people away just for that? Note: didn’t check but last time I did they immediately suggested LOS…

Try my unofficial Q-build. But be safe and make a backup first. Please share your experience.

Try my unofficial Q-build. But be safe and make a backup first. Please share your experience.

Thanks! I currently havent got bootloader opened yet, So might be good chances that someone else will be first one to able to test your build, but I will follow how things will develop forward. Hopefully you get your build to be as official. Btw. Any information when /e/ will begin to be based on Android 10? I read from xda forums that Redmi Note 8/8T port of Lineage 18.0 development has been started.

Any information when /e/ will begin to be based on Android 10?

This build is Q-build, which means it is build with the official sources of Lineageos 17.1. Also known as android 10. If that is what you meant?

This build is Q-build, which means it is build with the official sources of Lineageos 17.1. Also known as android 10. If that is what you meant?

This was my bad,was too tired that even when I saw Q, I was thinking Pie, like /e/ OS usually is mostly based I guess. Anyway, could you tell little what is working and what is not, and is this build going to become one of officially supported builds? Also does Android 10 gestures work? Even with Lawnchar launcher if Bliss launcher has some of it’s own gestures which migh or might not conflict. Thanks.

Hello,
me too, i’m waiting for MIUI12 but that’s very long !

I got MIUI12 update with Android 10 base and newer fw about week ago. My experience about unofficial /e/ OS build mentioned above can be found at here:

Note: Cant add new reply tho thread unless someone answers here (cause I’m new user), so I had to edit this post with hard hand. Read Edit history if intrested. Since I figured out that someone has to be first to test and write something at public. I flashed build linked above in this thread. Short recap of what I’ve done. I flashed /e/ OS image above from this thread and at same time I also sideloaded magisk. Pros: NFC payment works! (I’m using Pivo from Aurora Store, Pivo is payment app …

Just scroll down to see latest post of mine. I cant reply anymore at that thread since I’m new user and there’s already many of my posts in row.

Waiting to get the official 8t /e/ support! Just got this device and it is absolute bargain compared to features if you can get it from sale. Just want it with e!

Have you installed e on 8t? Anything you’d care to share?

Have you installed e on 8t? Anything you’d care to share?

I have written first experiences on that other(unofficial build) thread and you probably didn’t ask from me but I will answer.

I was really surprised how awesome /e/ OS, even the Blisslauncher. I was thinking that I will another launcher, but I won’t. Week behind now ans so impressed that I already translated Weather app to my language.

Also already one friend is waiting that I will flash his phone (different phonemodel).

Sure not everything is only positive. For example maincamera has red tint in some lightning conditions, other cameras doesn’t suffer from that, actually picture should have even bit warmer tuning wth other cameras than it does. Also ANXCamera (ported MIUI camera for AOSP devices suffers red tinting at some lightning conditions with every camera. Don’t actusally know what is causing this and can it be fixed.

Can installing AXŃCamera cause issues? Probably not, but very first picture before installing that had yellow tinting.

Well I did install Magisk in order to install AXNCamera, used Magisk hide and got all my banking applications to work, even NFC payment. But since installing AXNCamera was suggested to do while temporarily removing screenlock, that NFC payment isn’t working anymore, all other bankig apps I got working again. Don’t know would single one of those work without Magisk thought. One more little issue is with Weather Panel, can’t get it to show weather even when following how to. Weather app does work and has all neededpermissions. If I add extra weather widget that will work thought.

Anyway I’m still using this as my dailydriver, hope that this device will get official support and those little issues ie. with camera will get ironed out. I will probably translate apps which are not part of /e/ OS (forked), but are preinstalled to my own language. Nothing against those forked app, but for me it feels like /e/ instance of gitlab is bit more “closed”, probably isn’t, but I feel like I’m not professional enough to register account there and star translating those forked aps also.

Well that last part was bit offtopic, but related in the way rhat I definitely recommend to give it a try, I’m already so impressed that I started some translations etc.

Just be aware that it’s not perfect yet, has atleast those issues I mentioned.

Thanks for your insights. Definitely useful info. I’ll start installing e hopefully tomorrow. Can’t wait to get it upnrunnin.

Are there any step by step instructions for the install process for this specific phone?