Here is a custom build for lilac based on the v0.15-q tag

If you need the Exposure Notifications Framework, for use with a Covid contact-tracing app, then the following workaround, using NanoDroid is what I do, and it works fine for me:

Note that this .nanodroid-setup will also install F-Droid and Aurora Store as system apps. If you don’t want these, then edit the file before copying it to the phone

There is lots more information about setting up a NanoDroid installation here https://github.com/Nanolx/NanoDroid/blob/master/doc/AlterInstallation.md

Like the unoffical build, this build is based on the unofficial LineageOS 17.1 ROM made by XDA Contributors modpunk and derf elot

The custom parts of it rely a lot on the work of @steadfasterX in particular his android vendor e repo, which is a great guide for how to create your own custom builds.

The mistakes are all mine

The files used to build it:

This build has had even less use than my unofficial builds, so please backup anything you care about first and use it at your own risk. Here it is:

Next step is a build which includes the real microG with the Exposure Notification Framework, so I don’t need the NanoDroid workaround. Don’t hold your breath

dialer do you recommend?

I know. I was just so pleased that I got the Custom build to include a working version, and to offer a choice at first-time use, that I decided to make it public. Getting and maintaining and up-to-date version is the next job on my list for this build.

(Actually it’s next-but-one: the first job is to get a working version of microG which includes the Exposure Notifications Framework. I can’t update /e/'s broken version because, in my builds, Apps crashes when I try to do the update. This isn’t a problem in official builds so it isn’t going to get fixed by /e/, and I have no interest in debugging Apps, which I don’t and won’t use. I’m still thinking about removing Apps, but I’ll probably leave it in, as there may be some people who prefer to use it rather than F-Droid and Aurora Store)

dialer do you recommend?

Since it has been fixed in the latest release, I have gone back to the default Dialer, and I’ve not encountered any problems. While it was broken I used Simple Dialer, available from F-Droid or Apps.

For a while I used most of the Simple Mobile Tools suite: Dialer, Calendar, Contacts, Gallery (not SMS which missed certain features compared with built-in, not Notes because nothing is quite as good as NextCloud Notes.) They are all OK, but they don’t really offer anything that the built-in versions don’t have (apart from a fully working Dark theme

So now I’m back on the /e/ built-in versions, which all work fine for me. Makes life simpler not having to fill up the phone with other software, just for the sake of being different! I’m also happy to contribute to finding and fixing the remaining problems in the /e/ versions. That’s why, though I did think about swapping many of the /e/ built-ins (Calendar, Contacts, Dialer, Message) for the upstream versions from which they were forked (LineageOS for most, QKSMS for Message), I decided to stick with /e/ and try to help improve it and make it a more attractive proposition.

The only exceptions to that for me are

Here’s a new build based on thev0.18.1-q tag. I am currently using it on my ‘daily driver’ device after ‘dirty flashing’ over my previous v0.17-q custom build. As always, use at your own risk, and back up your data before installing

The release notes for the v0-18-q tag are here

The list of fixed defects can be found here: 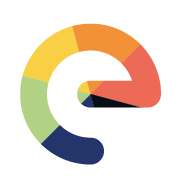 It differs from Official and unofficial /e/ builds as follows

It differs from Official and unofficial /e/ builds in the same ways as the previous v018-q custom build.

I have ‘dirty flashed’ this release over the previous v018-q custom build, and everything seems to be working OK. It’s always worth backing up your data first though

Here’s a new v0.20-q build, built from the v0.20.6-q tag. You should be able to ‘dirty flash’ it over your existing data. I have actually done some testing on this release, but I would still suggest backing up your existing setup before installation though

It includes the stock Sony camera and /e/'s Camera app

Release notes for v0.20-q are here

If you have problems with mobile internet, try switching to the amss_fsg_lilac_tar.mbn modem (Settings | Xperia Parts | Modem Switcher Activity)

It keeps saying no mirrors available for e.020 since yesterday?

Yes - they’ve been having transient problems like this recently. I can only suggest that you keep trying at intervals

It includes the stock Sony camera

It just rock to be able to use Sonys camera app developer. Thanks for it

I have re-uploaded the zip file. The new link is

And download seems to be working OK. Sorry for the problems

Here’s a new v0.21-q build, built from the v0.21-q tag. You should be able to ‘dirty flash’ it over your existing data. I have actually done some testing on this release, but I would still suggest backing up your existing setup before installation though

It includes the stock Sony camera and /e/'s Camera app

Hej @petefoth . Do you think that you could change the webview from e/ to the one of divestos? Seems that ia more secure.

Do you think that you could change the webview from e/ to the one of divestos? Seems that ia more secure.

Sorry - no. I’m mostly happy building from /e/'s source - its only some of their apps I don’t like

I don’t know of any problems with the /e/OS webview. If there are any, they should be raised as issues, and /e/ will fix them.

If you need the security/features of DivestOS, I suggest you install DivestOS. As discussed over and over, /e/OS’s main focus is privacy and usability rather than security. If security is more important to you, then you are not /e/'s main target audience, and you should install a different custom ROM which shares your focus on security

I am a daily user of e for sometime now.
All is good and if things are possible why not. Is not about ben super secure buuuuuut if possible to have better security also, why not?
Just saying

Because somebody has to do the work to make it happen.

For my unofficial and custom builds, that someone would be me, and it’s not something that I think is worth spending my (unpaid) time doing (or even discussing to be honest, so this will be my last post on the subject).

For official builds, that someone would be one of the paid /e/ developers who, at the moment, have their hands full fixing bugs and implementing important new features, and whose managers probably also think it’s not worth spending time and resources on when there is more important stuff to do.

If you want to try and persuade them it is worthwhile, then raise a gitlab issue. Good luck

Hey thank you for all that you do! I just installed your custom release and I’m really enjoying the experience. I noticed that the official release has OTA updates since version 22-q and I was wondering if your custom release would have the same feature. Thank you!

I just installed your custom release and I’m really enjoying the experience.

I’m glad it works for you.

I noticed that the official release has OTA updates since version 22-q and I was wondering if your custom release would have the same feature. Thank you!

Unfortunately not, at least for the near future. I don’t have access to an OTA server and, even if I did, they are quite tricky to setup and maintain. If I can find an easy way of doing it, then I will, but don’t hold your breath

Ok! Thanks for the response. Then about dirty flashing, if I miss flashing a version update or two can I just skip those and just install the latest version?

Sorry, I’ve never dirty flashed a rom before so this is all kinda new to me.