How de googled is /e/os?

I’m strongly thinking of buying the Fairphone 4 with /e/os after watching Dr. Epstein on JRE but I have some questions. How de googled is /e/os? Do I have to agree to any license agreement from google whilst starting the phone for the first time or using any of it’s apps? Do I ever have to agree to some license agreement with google? I want zero(0%) to do with google.

How de googled is /e/os? 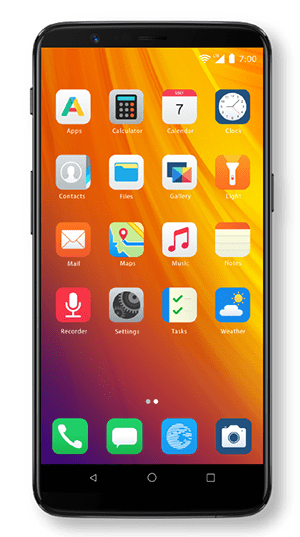 No. Nor did you have to do that with a regular Android phone. You could have skipped that part when setting up the phone.

or using any of it’s apps?

/e/ does not have any GApps installed, and I don’t imagine they would work on /e/ anyway (see later comment). /e/ uses micro-G to spoof and replace dependence on Google for other apps that expect to implement Google (dis-)services.

Do I ever have to agree to some license agreement with google?

Nope. It was not necessary on regular Android, either. (If you skipped the Google sign-in and avoided using their apps.)

You’re in the right place. Welcome to the club!

You’re in the right place. Welcome to the club!

Well then, a fairphone 4 it is. Thank you for your quick reply and have a nice weekend.

I would encourage you to check a couple of ongoing threads here in the forum and make sure you can live with certain limitations of degoogling:

[LIST] Apps that work or do not work with microG Lists

microG is a part of the /e/ROM. For users who want to continue using applications that require the Google infrastructure but do not want their data spied upon, microG is a good plan B. That being said not all apps work well with microG. There have been a lot of queries from users regarding what works and does not work on the /e/ OS with microG enabled . Read Gaël’s views on the subject… In this editable list pl share names of apps that work and do not work with microG. (Please copy format of…

This is an editable list of banking apps that work on /e/OS. Please enter details only after you have tested all features of the application. If some functionality is not working mention that in the comments Country Bank App Name Comment Germany Sparkasse Mobiles Bezahlen ihre Digitale Geldbörse https://play.google.com/store/apps/details?id=com.s_payment.mobiles_bezahlen (with Fairphone 3, or phone with NFC chip) Germany Sparkasse S-PushTAN https://play.google.com/store/apps/detail…

List of applications used as a default in /e/ OS Applications

Hi to all, We should be having a list of applications that are used in /e/ OS as a default so that we know while downloading from F-droid or Aurora. As the names in /e/ os is changed and we are tempted to install the same application from app store etc. For example /e/ OS have Etar as a default but its name is changed there in /e/ OS. And one is tempted to download the same Application from App store. Thanks Regain your privacy! Adopt /e/ the unGoogled mobile OS and online services[phone]

This one talks about using certain Google apps, so apparently it’s possible: Gmail, Google Maps and Google My Maps on /e/

Every Android OS including every Android Custom ROM is based on the Android Open Source Project (AOSP).
Who is the steward of and main contributor to AOSP?

But /e/ is the antidote!

Against using Google Apps and services, yes, hopefully.
It doesn’t change anything in AOSP, though.
I don’t go so far as to use a Linux phone either, but a little awareness can’t hurt.

I definitely notice a huge difference in the hidden background connections, based on what I see in Blokada 5 and my Pi-hole home network setup. I’ve only seen one connection to mtalk.google. com on /e/. The other phones show more frequent checks to Google domains.

So there’s definitely a difference in the installations.

Edit: Installing any app built by Google would of course change the picture, though.

I think to get rid off of (most) of the tracking and profiling, that’s going on on your smartphone (or any other device connected to the internet), you do not only need a de- googled Android. You really should watch out what apps you are using, since most of them are stuffed with trackers, often provided by google or facebook, but there are many others making a living by grabbing peoples data wherever they find them. Also e.g. Paypal and the like will literally do anything with your data, as long as it is not “forbidden by law” (and the law is mostly still very weak).

So look out for “fair” apps that respect privacy (like e.g Fairmail, Privacy Friendly Weather or Net Guard) and be ready to pay for them to keep such programming going on. And use a decent browser, that blocks tracker on web pages, like Firefox or DuckDuckGo, probably even Tor. Blocking apps like Blockada or NetGuard may also help a little, at least to increase awareness. BTW: Emails from companies very often contain trackers, and each image referenced can be used as tracker.

Maybe you will want to keep an old phone as the “dirty” device, left in the drawer only to be used for apps that won’t work without Google Services (but it should still receive security updates!).

Finally, you should keep in mind that communication metadata will always be produced as soon as you do anything online, so you also need to trust your telecom provider (read their privacy statement…). Same with your bank account or credit card (every bill you don’t pay cash produces most interesting, valuable data).

IMHO, there is but a little chance to win in this rat race as an end user (you may significantly reduce your digital footprint though). But in the end, data- and privacy protection need to be guaranteed by law much more than it is the case today.

Love this channel.
I’m using adguard which seems to do an ok job
I had disconnect and disconnect premium on my iphone and it was much better but it is not available on android

Thanks for all the feedback, links and suggestions. I will look inte them.

Well then, a fairphone 4 it is. Thank you for your quick reply and have a nice weekend.

Congrats to your decision. I’ve done so two weeks ago - and I’m very happy with my Murena FP4. There`s absolutely no Google, no Apple, no Microsoft, no Facebook & no Amazon on my device…

Congrats to your decision. I’ve done so two weeks ago - and I’m very happy with my Murena FP4. There`s absolutely no Google, no Apple, no Microsoft, no Facebook & no Amazon on my device…

Thank you. That makes me very happy to hear.

I’m appalled at the level of intrusion into ones private life these companies make with their all their spyware. It should be made criminal.

This must be an app that is installed with you.

Good choice. I have a FP3 with /e/ and am also very happy with it. You are as data saver as the apps you install yourself.

This must be an app that is installed with you.

It’s apparently needed for push notifications (unfortunately). See Android phones home to mtalk.google.com - General - Pi-hole Userspace and What are mtalk.google.com and www.googleapis.com serving for? - #5 by marcdw