A few weeks ago I was able to get /e/ working sucessfully on a Samsung Galaxy S4 (jfltexx). I am now working with a Motorola Moto G4 Plus (Athene). After several false starts, I was able to get it working properly with a “stock” Oreo (Android 8.1) ROM from XDA-Developers.

I had tried two or three different flavours of LineageOS as well as a Pie (Android 9.0) variant, ArrowOS, but none, I repeat NONE were fully functional - specifically, in each case the camera failed to work properly.

I almost lost hope when I was unable to restore the device to its original state with the TWRP backup I had made of the OEM Nougat (Android 7.0). Fortunately, when I tried again after getting into trouble on yet another custom ROM, the “nandroid” (full system image) restore worked. Not sure what I did differently the second (3rd?) time

In any case, armed with the certainty that the device, including the camera, could function properly with a stock ROM, I searched for a stock Oreo (Android 8.1) version and found one. On the second attempt (having screwed up the GPS the first time with over-zealous use of root privileges to remove unwanted Google apps ) the device is up and running and Magisked (rooted). Hallelujah!

After this somewhat long-winded introduction, my question is - can anyone confirm that they have the Oreo version of /e/ fully functional on the Moto G4 Plus (Athene), including especially the Camera ?

I realize it is in the list of supported /e/ devices but, after the saga I’ve been through,I want to be sure [ Pardon my scepticism

Hi @dpb we do not have an oreo version of /e/ for Moto E athene . The current official build is on nougat https://images.ecloud.global/dev/athene/ you can find details for the device here https://gitlab.e.foundation/e/wiki/en/wikis/device/athene/info

Thanks @Manoj. In my ROM-addled state, I had lost track of the fact that the current version of /e/ was based on CM 14.1 (aka LineageOS / Android 7.1 / Nougat). Nonetheless, my comments about the camera problems still apply. Moreover, it looks like Athene is no longer supported on the official LineageOS site.

On XDA-Developers there are a number of ROM projects based on “LineageOS 14.1” but camera problem appears to be universal. In my experience and, I believe it applies to all users, all custom ROMs for the Moto G4 Plus (Athene) continue to suffer from a non-functioning camera app. As I understand it, some of the XDA developers are in ongoing discussions with Motorola to release the drivers for the stock camera app so it can be integrated but, so far, have not been successful. I see from the change log on the /e/ build site that recent updates from the CM 14.1 repositories have been merged but there is no reference there to the camera.

So my question stands, is the camera working? If nobody can confirm whether or not it works, I may still install it and log the problem, but that would require more time than I want to spend right at the moment. I was hoping with this post to discover if it was already a known issue and being worked on or whether, as it has been abandoned by LineageOS, /e/ is likely to drop the Athene from its portfolio of supported devices.

if it was already a known issue and being worked on or whether,

Issues with the camera is a problem across device and it is one of the open projects for /e/ https://gitlab.e.foundation/e/wiki/en/wikis/projects-looking-for-contributors

en abandoned by LineageOS, /e/ is likely to drop the Athene from its po

Just because Lineage has dropped a device /e/ would not be doing the same. We are planning to maintain the device tree related files on /e/ servers which will get updated security patches. The only criteria for dropping devices would lack of user’s downloads /using the same. 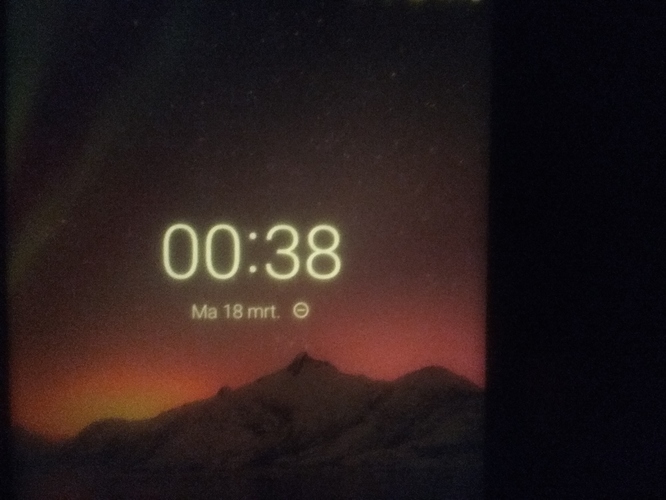 Thanks Andre. The G4 and G4 Plus are somewhat different machines and I’m not sure if they share the same issues with the camera. Mine is the XT1641, I expect yours in the XT1625 or XT1622. This page offers a nice comparison of the various models.

With the G4 Plus, the problems can be intermittent - lags and sometimes capturing a photo, at others just a green screen. Also reported, the inability to save photos to an “external” SD card.

I’ve downloaded the latest /e/-0.4-n build and, after doing a careful backup of my current system which is performing very nicely, I will perhaps take /e/ for another a spin, though I’m hoping to hear from @rhunault before I do.

I didn’t find any issue about camera for this specific device reported on our GitLab (see https://gitlab.e.foundation/groups/e/-/issues?scope=all&utf8=✓&state=opened&search=camera).

It seems some Moto G4 Plus users have working camera (https://www.reddit.com/r/LineageOS/comments/7zuse7/camera_and_flashlight_not_working_after_rooting/).

I will install the latest version and report any issues via GitLab. Thanks too for the reddit link, I will peruse that as well.

Successfully installed /e/ on the Athene device. After flashing the ROM, I was also able install Magisk and Magisk Manager for root access. Moreover, I am happy to report that the camera works perfectly!

I was also thrilled when I was able to flash most of my core apps with the Recovery “update.zip” I had made with Titanium Backup from the LineageOS 15.1 Oreo install I was running previously. Some of the paid apps choked and one or two others, including Firefox for some reason - perhaps it has OS version-specific hooks?

Set up Qwant as my default search enging and installed Mozilla Voice Fill, a privacy-respecting voice recognition engine which, unfortunately doesn’t seem to integrate with Qwant, but leads right back to Google search

! It works better on the desktop - perhaps just teething problems on the mobile platform.

Out of curiosity, after doing Nandroid backup of the system-to-date, I installed the Gapps (micro), thinking that it might give me a shortcut to the Play Store - NOT! System came back up okay but “Google Services Framework” kept crashing. I suppose that would defeat the whole purpose of /e/ but I was looking for a quick-fix workaround for getting apps that are not easily available yet from F-Droid or other sources. Fortunately, the backup worked flawlessly and I’m back up on vanilla /e/ augmented only by a couple of essential commercial apps from other sources (Titanium / Bitwarden / Xplore / etc.) I also have yet to put a SIM card in to test telephony (especially w Bluetooth) and mobile data. Will do so when I get a chance.

Still a good solid ROM - runs smoothy, no untoward battery usage or other anomalies to note. Out of curiosity, is the information about the number users / downloads for any given device available?

Have to check if we can download device statistics.

Good to hear you are on Athene now too. Because my sim is in my other phone I have not tested it as much as you did. Thanks

Okay. SIM works okay. SMS and voice calls (outgoing and incoming) as well as with Bluetooth headset. All A-OK.

I think I outsmarted myself earlier in trying to link the e.email Contacts back to the ecoud.global Contacts (Address Book) with a CardDAV setting.

[In another thread that seems to have disappeared - perhaps because of the confusion I sowed?] Sorry @Manoj!

In any case, I started to get a synchronization failure. Removing the CardDAV setting and just waiting for the ecloud.global address book to sync worked fine. Contacts from ecloud.global show up both in the e.email webmail interface as well as in all relevant apps on the mobile side (Contacts, Phone, QKSMS, Signal…)

Once again, I apologize for the confusion.

relieved to hear that athene is not to be phased out: I was just settling into Lineage when the updates stopped. I moved to an LG Nexus 5X to stay on Lineage but having seen /e/ I am reconsidering! Also camera works fine (Nougat / not rooted).

Thanks for the feedback @Alx

Hi guys, I wanted to try to install /e/ on my g4plus btu when searching for the rom I can only find Moto G4 - “athene” … is it the same as the non-Plus version or has it been discontinued?

Yes. Athene is the code name of the Moto G4 Plus. I installed /e/ on one last winter and it worked fine.

We’ve got also in the family 3 moto G4 Plus

One has just moved under /e/ OS from LineageOs microG

I appreciate it’s still maintained with the up to date security patches.

I guess Silence is not the default Text/MMS application because it can’t handle more than one SIM card account.

Ok, I’d like F-droid with privileged extensions to be installed by default.

I’ve installed also Magisk to be able to get benefit of some applications that need root permission as Battery Charge Limit, AdAway, BackgroundRestrictor, USB Mountr, oandbackup or even Yalp Store.

To take pictures, I installed the default Moto G4 plus camera application for I have to say I was lazy to compare to Open Camera.

I had a crash with Mail the fork of k9mail. But if everything can be solved (edit: it is now), I’m going to move the other phones under /e/.

Special thanks to Manoj for building it.

Just installed /e/ on athene XT1625 everything is working, including camera!