Thank you very much for sharing this hint. It seems very interesting to me …
I had not checked that before, but perhaps it could be useful (and easy) to have the backup of the data …

Any feedback from users?

Thank you in advance

Thanks @Grendel for your feedback

I’ll try again on my TWRP 3.4 devices with Shelter, last time the error didn’t show …
But I’ve seen it in the past, with Shelter and/or Magisk.

The data partition problem with multi-user enabled makes sense, but it could have been fixed in latest TWRP.

So we could assume that this error could be related to :

Too much criteria to diagnose

I agree with your conclusion : better stay away from Shelter, and I’ll add : maybe from Magisk too !

Or, on some other hands : if your TWRP backup fails with error #255, remove additional profile and Shelter, and retry !

After some tests on 2 devices (Lenovo YogaTab 3 and Xiaomi Redmi 4X), I come back to propose some adjustments. I could restore from a corrupted ROM image using this method.

I’ll be very grateful if somebody with a testing device or similar experience could confirm, so we may evolve the HowTo

I currently use TWRP for backing up my /e/ devices, when of upgrading from one /e/ build to the next. I usually start with a ‘dirty flash’ - installing the new ROM without wiping the existing data used by the old ROM. If that doesn’t work, I wipe the data partition and do a clean install, then restore my apps and data from the TWRP backup. This works well, and has rescued me a couple of times when I flashed my device into a non-functioning state

android-backup-project The android backup project provides a set of scripts and tools to backup and/or restore applications installed on Android devices. This is not adb backup which didn't work for my requirements as it doesn't backup...

More information in the projects README.md on github 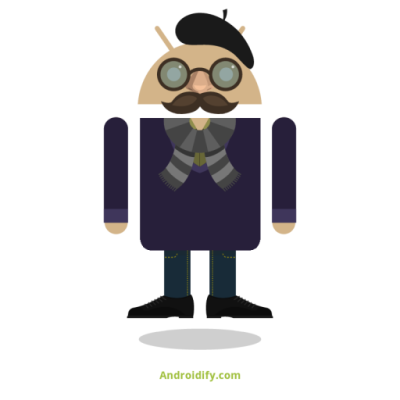 Contribute to AndDiSa/android_backup_project development by creating an account on GitHub.

It doesn’t need a rooted device, but rooted debugging must be enabled in 'Developer Options`.

It works pretty well: I have been able to backup installed apps and data, and restore to

I haven’t tried, but I think it would work, to restore to a device running a newer (or older) version. It also works well at restoring a single app, with or without its data, which is a big improvement over TWRP backups.

Unfortunately, it currently seems to have one main weakness: it does not backup account information for apps where that information is handled by the Account Manager app (i.e. it’s listed in Settings | Accounts). I tried backing up using --system-apps, which does appear to backup Account Manager, and its data, but when I restored that app, there were still no accounts listed. The apps affected for me were :

The NHS Covid-19 (UK tracking app) did not work after restore and had to be re-installed.

All of that is a pretty big failing for my use cases, so I will carry on with TWRP backups until SeedVault migrates into /e/ user builds from the test builds. Roll on v0.15-q

Until then, this tool may be useful for some people’s use cases .

I didn’t fully test the backup / restore_apps --system-apps functionality, and I only quickly played with the full-backup/restore, which seemed to backup OK, but restoring - full or partial - either did nothing or stopped the device from booting

There’s a good chance that was user error.

PS I know that Shelter can cause problems with TWRP backups. None of the devices I worked with used Shelter, so I have no idea whether this tool would work if Shelter` is installed and used.

Quite a number of users here have a Fairphone 3, so perhaps you should let us handle the Fairphone 3 stuff

So, every time you want to make a backup, you need to run adb boot twrp.img and directly launch it from your computer. (sigh)

.
And if you lock the bootloader, you can’t boot TWRP this way anyway.

Sorry for the typo, s/adb/fastboot/
Edit: Don’t do this it causes your data to be deleted
Yes, my current workaround is:

It’s an unfortunate number of steps

Both of these steps force a factory reset for security reasons.

:cry emoji: well that explains why my data was disappearing LOL - I thought it was a continuation of my SD card woes and was continuing to debug it from that angle

Can this news (probably for me only) have in impact on user backup easy usability?

The developers over at LineageOS have merged SeedVault, an open-source encrypted backup solution, in the ROM. Read on to know more!

All of that is a pretty big failing for my use cases, so I will carry on with TWRP backups until SeedVault migrates into /e/ user builds from the test builds . Roll on v0.15-q

Though it looks like it’s may not be in v0.15. It’ll arrive one day

Quick question: with two ‘sistership’ devices (Moto E 2015), same TWRP and /e/OS (last official, both /e/ from OTA update) can I hope clone one to the other, just restoring n°1’s backup in n°2 ? 2 is a few month older… but has a good battery.

Of corse, I will save first ‘ordinary’ datas (photos, .vcf and so on) on PC, remove SDcards and SIMs and use a dedicated SDcard as ‘external storage’ for this operation.

Thanks for your advice.

I would be interested to know if that works if you are able to try it.

Will try and share…later (work)

I don’t think a whole restore of /data will work, as it may contains device-specific data.
But it still worth a try

I’m with the clone right now. Have to check details but seems to be OK…

Note that clone’s TWRP went on first page (‘Read only’): due to wipe (cache + dalvik) during backup ?

Yeah, I’ve done that before on my LG G3 D851. I’ve been through a few of those devices. After copying TWRP backups to a new ‘serial numbered’ subfolder all restores and bootups worked fine for me also.

As long as two devices are of the exact same variant, sharing backups should be no problem.