First of all a Happy New Year to all…

…The team members are getting back from the Xmas and New Year vacations. Will share more details as this week progresses. 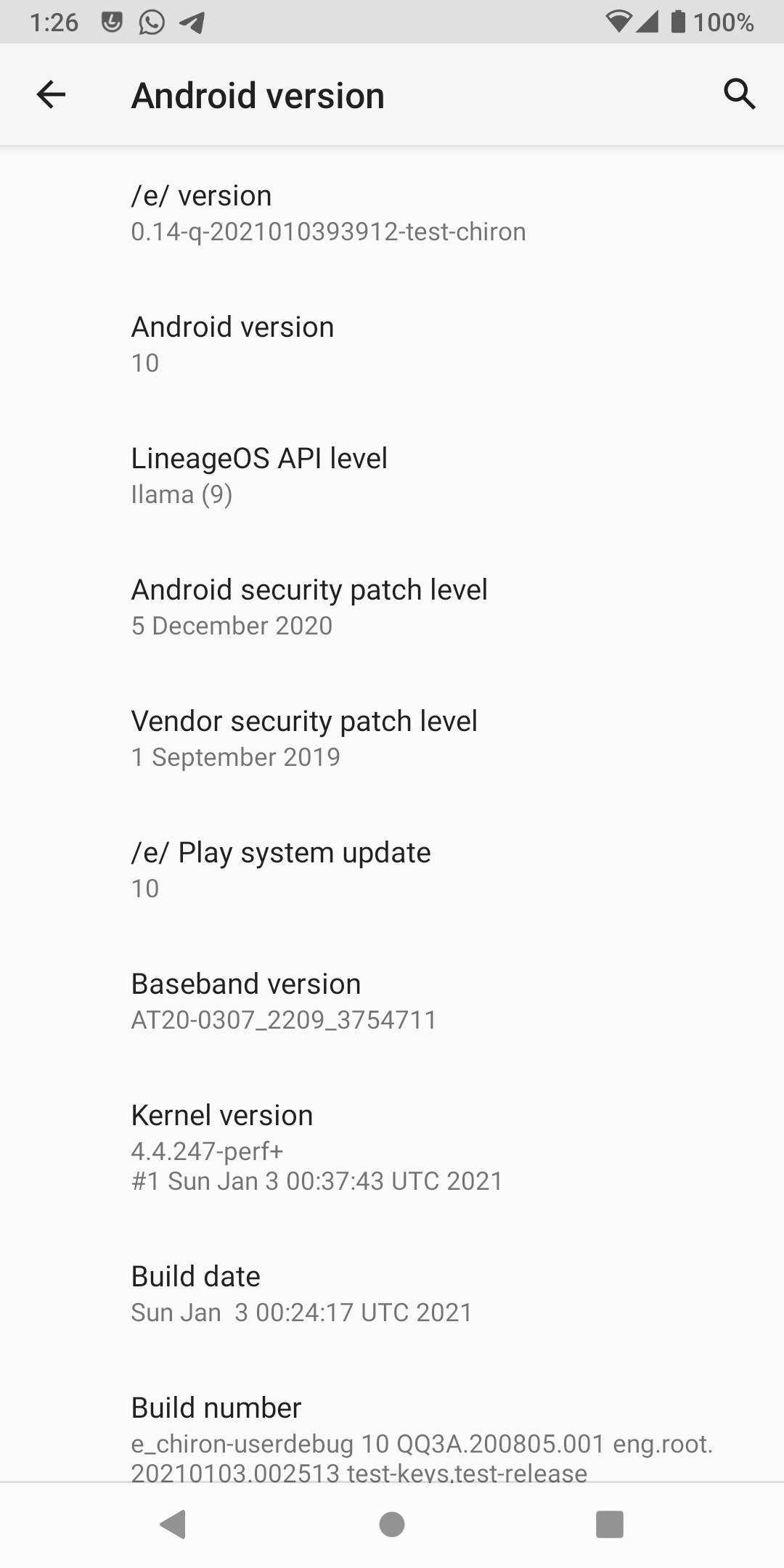 Issues: One of the issues the team needs to resolve is the Web Mail UI instability. While email clients are working users who only use the Web Mail Ui are having issues.

I said it already but, thank so much to the entire team and happy new year

hi @manoj, thanks for this. what about the Samsung galaxy A3, a3xelte, and the Lenovo Yoga Tab 3 Plus, YTX703L ?

Hi Rik, more devices will be added to this list.

Thank you very much. I really appreciate this effort to communicate better what the /e/ team is doing. And I think the community here is glad about it, too. A step in the right direction, for more transparency. Happy new year!

I think most important is the GSI, where is that in the plans? LOS already has it, see eg

Today we will guide you on how to install the Lineage OS 17.1 on Samsung Galaxy A40 device by following our guide. This build is based on Lin

Also I noticed on the forum successful unofficial GSIs

LOS already has it

No. LineageOS has no GSI.
An “XDA Recognized Contributor” built a LineageOS GSI, that’s different (although commendable). Anybody can build their own Android however they like, and they can choose to build it as a GSI, and that’s what somebody did with LineageOS here. Some official Google Android resources on what GSIs are thought to be about …

“You, as an app developer, can install and run the latest Android GSIs on a variety of existing Android devices, and in different Android OS release stages including Preview and Beta phases, to perform app testing!”

“GSIs are for app developers to perform app validation and for development purposes.”

“GSIs are used for running VTS and CTS-on-GSI tests. The system image of an Android device is replaced with a GSI then tested with the Vendor Test Suite (VTS) and the Compatibility Test Suite (CTS) to ensure that the device implements vendor interfaces correctly with the latest version of Android.”

The Get Droid page you linked to has parts of the disclaimer for the GSI from XDA and marks it red, it doesn’t sound convincing at all (and it’s not supposed to, it should keep unsuspecting users from putting their devices in harm’s way afterall).
Here’s something additional they didn’t copy from the GSI creator’s XDA post (they used their own words to the same effect, however) …

“No guarantees that everything would work. This is a GSI, bugs are bound to happen.”

I think most important is the GSI

Why would that be, considering /e/'s target audience?
GSIs on Treble devices sure are nice, and even more nice is when they work reliably so users can actually use them as their daily driver OS on their phones.
But this is not what GSIs are for, and nobody gives any guarantee that stuff works or continues to work on any given device.

I moved the device OS upgrade and new device post to a new topic. This is because this topic is a week by week summary and will be closed at the end of each week. We will follow up on the issues in the subsequent week.
@Rik with GSI’s the only issue we have is getting a dedicated resource to work on it. For now users are dependent on the unofficial GSI’s made by other users.

No. LineageOS has no GSI.
An “XDA Recognized Contributor” built a LineageOS GSI, that’s different (although commendable). Anybody can build their own Android however they like, and they can choose to build it as a GSI, and that’s what somebody did with LineageOS here. Some official Google Android resources on what GSIs are thought to be about …

Thanks for this info. Thanks …was not aware of this.
Closing this topic as this is a week by week tracking of the development and testing efforts.