OTA OS upgrade
We plan to start the testing of the OTA upgrade for the OS in the coming week. This means an OTA update that upgrades your OS. This would also mean no need to manually revert to stock and then manually flash the upgraded OS build.

We will start with the S9 and then add more devices.

First we will plan for devices we sell on the eShop and then move on to add this feature on other supported devices. This will be a important update and more on this in the days to come.

GSI build of /e/
Was working on the documentation for the GSI. A primer for users to first understand what the limitations of GSIs are and then download and install it on unsupported devices.

That being said some of you may be wondering what is the point in releasing a GSI afterall if it has so many limitations !

The idea is to give users with unsupported devices a feel of what /e/OS is and also use it to test which new device we can later add support for,

Weather App Some of you may have noticed that the weather app is missing from v0.16.
It has been removed from the builds. This was because it was not in sync with the Weather widget and also did not have a good UI. We are looking for a replacement which we will announce soon.

The case of the disappearing MagicEarth App This was indeed a mystery which came along with v0.16. On some devices MagicEarth also disappeared. Finally we figured out what the issue was. There are 2 MagicEarth APKs : 32 and 64bit. For v0.16 release, we put the 64bit APK . This went out to the 32bit devices as well. Result was the App did not show up on 32bit devices. Like FP2. We have sent out a new dev build of FP2 with the 32bit Magic Earth apk.
Pl let me know if any other devices are also missing MagicEarth as part of v0.16.

eCloud Login issues Last week the eCloud put in a fix which made it mandatory for users to log in to the eCloud with the /e/ ID …which means you need to use your username@e.email and password to log in. This change was made as some users were using their recovery mail to log in to the eCloud which was later causing issues. In case you are impacted by this issue you would have to delete your ID on the phone …Settings >>User and Accounts >>Select and Delete the ID
Next add the /e/ ID through this same screen and log in.

Will be updating this thread during the week.

Does the above means that S8 and S9 with dev build can switch to stable one in a near future ?

Ideally they should go to their respective Q builds. That would not be dev to stable change as both are made with different build keys. It will be Dev Oreo to Dev Q and stable Oreo to stable Q.

We will start with the S9 and then add more devices.

Any way to use DARK theme on PHONE app? I searched for it on settings but I could not find it. I asked about this in prev. weeks but got answer.

Call waiting can be disabled as a workaround of call waiting putting first call on hold, but this is still happening (first call being placed on hold when a 2nd call comes in)

Any way to use DARK theme on PHONE app? I searched for it on settings but I could not find it. I asked about this in prev. weeks but got answer.

When it was introduced, dark theme caused problems in several apps, including the phone app so it was disabled in many apps until the problems got fixed. You can get an idea of the current status by searching for ‘dark mode’ in the open issues list

It should work on both s9 and s9+ …I have the s9 and the developer who is working on this has the s9+ !! We hope to test in on both devices. Will share the list of devices on which the OTA OS update gets tested in these weekly updates…

Thank for this valuable information! That solves one problem for me.

Hello Manoj,
27 of april I updated my FP3 with the stable release v 0.16. It seems that all went well.
But then I discovered that I cannot reach all the /e/ sites with my home wifi or mobile internet. The updater too cannot connect the internet.
I got 2 messages:

What happens if you change DNS server, does it work?:
Settings > search DNS 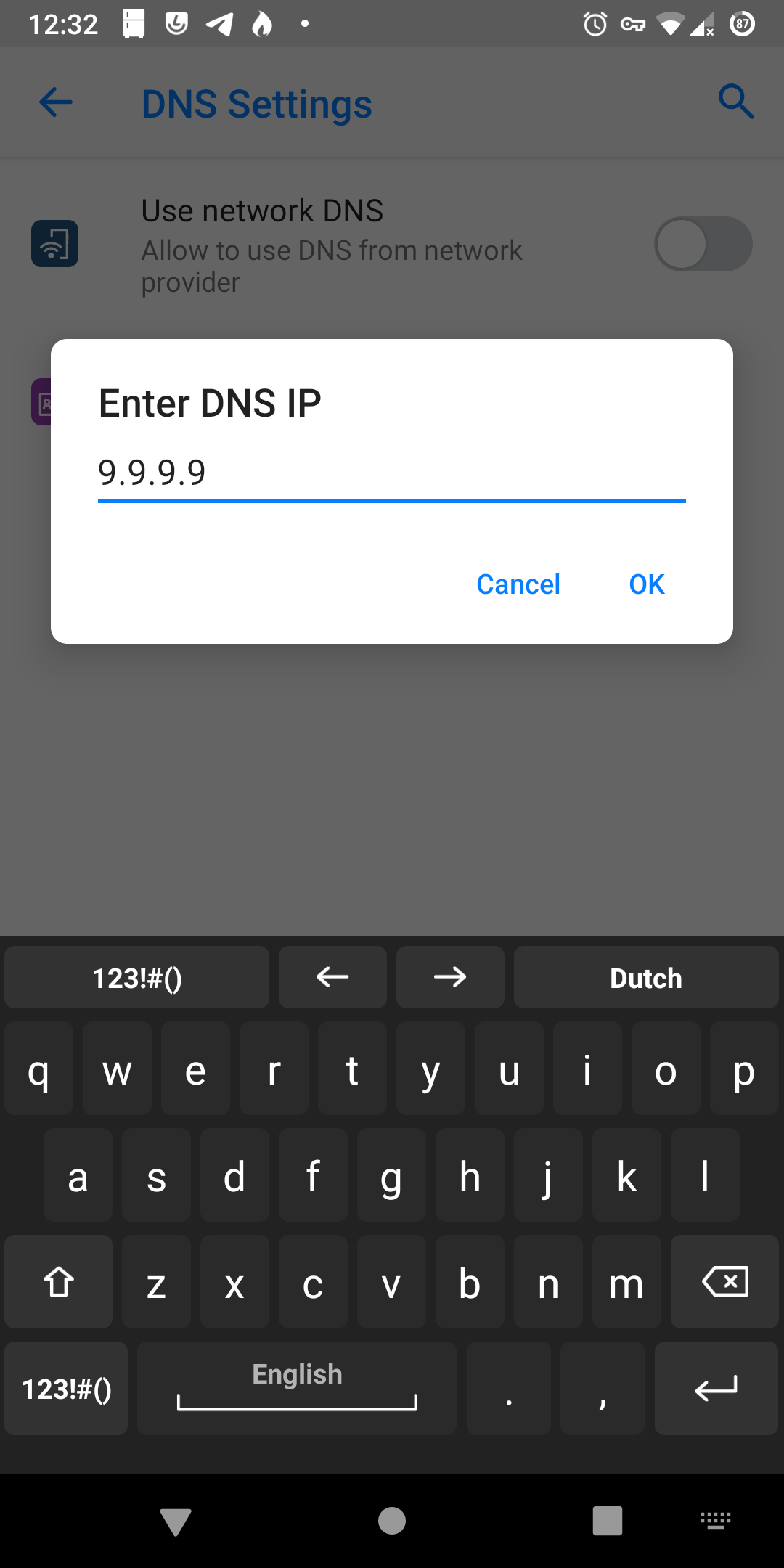 Hello andrelam,
Thanks for your reply. I have earlier tried that settings but it does not help.
Huib

I checked with the team and they were not able to replicate this issue on the FP3 with the v0.16. Pl can you add a bug on Gitlab with the details.

Hello Piero,
No I dont use a TrackerControl. Thanks for your reply.
I just found out that with the update a setting was changed.
When I open the browser and go to the 3 dots right at the top then there is Settings menu. From there I opened Privacy and Security. And then Using Safe DNS. There I changed the setting in using my own service provider and everything is working now.
Thanks again.
Huib

Hello Manoj,
I found a solution for my internet problem after the update.
I have written it in my answer to Piero.
Thanks again.
Huib

Thanks for the update Huib.

I had the same issue with one of my /e/ devices …

For “look and feel” why don’t we put Bliss launcher on Google play store? It’s easier than flash a smartphone and could make some people more confident by trying the UX before jumping

Hi Julien ,
Hmm I know some folks are going to jump at the word Google Play Store …but not a bad idea. Interestingly the FDroid apk was not posted by the /e/ developer. When I told him about it he was surprised that the apk was available there. Will check with him if he is interested in putting Bliss there.