Update 27 Oct Checkout the details of what will be coming as part of v0.19 in this post

To understand difference between /e/ builds check this guide

Pl note: /e/ R v0.19 builds have not been released. They will be tested next week and released to user the week after that.

MURENA- the Brand name for /e/OS

Last week we shared the Brand name for /e/OS products and services. It is Murena.
The name comes from a eel-like fish …there is a slight difference in the spelling

do not want the fishes to file for copyright violations

The name will be used going forward to publicize our smartphones and the ecloud services we provide. /e/OS will continue to be the OS name in the source code.
The transition to the new name across our websites and channels will be done gradually. As also will the internet search-ability of the name. The immediate changes are visible on our eSolutions Shop

The name will be used going forward to publicize our smartphones and the ecloud services we provide. /e/OS will continue to be the OS name in the source code.

/e/ is a very worthy pursuit, increasingly so every month.
It’s in all (everyone across the world) our best interests for projects like /e/ to succeed.
Wishing everyone behind Murena the best of luck, may it reward you for your effort and be a successful adventure for all involved.

Thanks @mike_from_ireland …on our side we would like to thank our users who with their feedback, suggestions and encouragement have guided us every step of the way. There is a lot still left to improve but we are getting there one step at a time.

I’m waiting since more than 2 months for bugfixes which should be provided with v0.19, which is now delayed again due to UI problems. Is UI consistency so much more important than usability? Or am I overlooking and underrating the UI issues? Wouldn’t it be possible to roll out v0.191 with bugfixes and some lacking UI-changes and v0.192 with all changes?

Itching for the OTA R upgrade for my 2 Galaxy S9+!

This is a nice new name!

I really appreciate these updates. Thank you.

slashy-slash is still the name of the operating system and foundation and store where you buy Murena phones.

This morning I also received the update for my Fairphone 3. Normally there is some time between the dev channel and the stable channel.

I will install this update…

TeamViewer asks for permission, can this be bypassed or have a setting to auto-allow?
Sometimes I want to do something on my phone I left in my room and from computer I can do this (on my other phone) but not on my Samsung Galaxy S9+ /e/ 0.18 Android 10…

TeamViewer asks for permission, can this be bypassed or have a setting to auto-allow?

According to the internet it’s not TeamViewer asking, and it’s not caused by /e/ particularly.
This also happens with other casting Apps and across devices and their Android OSes. For those affected it seems to have come with Android 10.

Just to be sure … What exactly does it say there in Settings - About phone - Android version (tap on it) - /e/ version?

I haven’t found much to solve it quickly, here’s something to try, though.
Here’s an open question regarding this over at the TeamViewer community … Remotely controlling Android from Android unattended — TeamViewer Support

And you might want to open your own topic about this, as these weekly update topics here get closed once the next one arrives.

Thanks, that kind of worked (App Ops and Shizuku approach)

Problem I’m having is lock screen looks huge on TeamViewer side. I have to “guess” where the keys are… 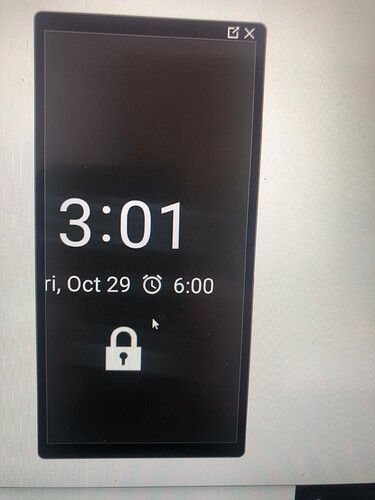 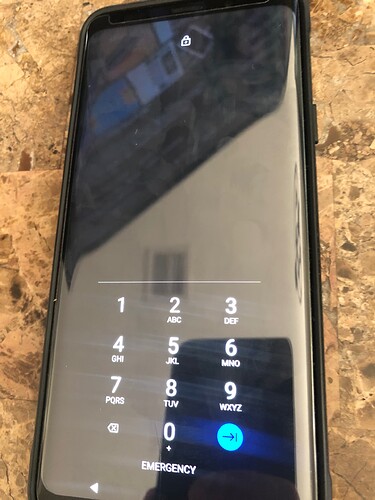 It says here that it will be an upgrade to Q (Android 10) … Week 39 : Development and Testing Updates

Upgrading from 8 based OS to 10 It is the hardest part !
moving from 10 based OS to 11will be a more basic work.

Since upgrade OTA to V19 I experiance signifikant battery drainage. It is not possible anymore to load the battery more than say 30 to 40%. Restarting phone results eventually in crashes of the launcher. No apps running in background no settings changed. Fairphone 3+ Form e-store with Android 10.