Where do Apps Come From?

I wondered where do the apps in the /e/ App Store come from? Are the apps just ported in from F-Droid and Yalp? Are .apks pulled from Google Play and hosted in /e/‘s servers? I was interested mostly to satisfy my curiosity. I have been pleased with what I have found is already available. Keep up the great work guys.

I am also interested in the details of this +1

The apps in the AppStore point to the existing repositories for e.g. FDroid. We do not download and store on our servers. We have got tons of feedback from users on what features need to be added and would definitely like to make the app better.

So FDroid is one repo that the AppStore points to, what are the other “existing repositories” that are used? Just like to know specifically where my Apps are coming from

Maybe APKpure is the other repo??

The best I could find was: https://api.cleanapk.org/

I’m not a Java guy though, so I could be incorrect

It seems like the app store is overflowing with apps that the /e/ foundation can’t possibly have a legal license to redistribute.

The apps in the AppStore point to the existing repositories for e.g. FDroid.

this should be really much more transparent!

apps and OS-images without a clear reproducible build from source or at least declared origin+checksum in case of binaries are IMHO unacceptable for a privacy and security sensible project.

Agree. Will be sharing a detailed response for all queries raised regarding Application Repository / App Installer on the /e/ website. The reason being sharing it there gives it maximum exposure and it will be in one place and updated at all times.

That sounds like a good place for that message @Manoj but would it be possible to put the link in this thread or make a sticky post at the top of the application forum?

Do you know roughly when we can expect this update?

would it be possible to put the link in this thread

when we can expect this update

The page should be available on the website in a couple of days. Will be sharing the information here when it is posted.

Hi @Manoj do you have an update on when we may hear more about the source(s) of software featured in Apps?

As I mentioned we will be publishing the details about the App Installer on the /e/ website. We have a draft ready. It is being updated. Maybe by next week we should have it on the website, since some of the folks who can update it are on leave this week. I will share the url pointing to its location on this thread.

So to repeat. The app store is overflowing with apps that the /e/ foundation can’t possibly have a legal license to redistribute.

There seems to be only a handful of possibilities:

Either way does not seem to be a responsible given /e/ mission; and legal considerations asside neither of these tactics is sustainable.

I have switch back to LineageOS + microG and will no longer be donating to the /e/ foundation. Specifically because of this issue.

I do not agree with the naysayers trashing the App store.

The /e/ OS is still in beta and so is the app store, theres still lots of stuff to do, bugs to fix, kinks to iron out, and still some more de-google-fying to be had. I feel very privileged to have a FREE functional BETA OS replacement free from most of the google trappings.

Its bareley been running 1 year. From what i understand there was no app store less than a month or two ago.This should be viewed more as a placeholder for whats to come rather than a finished product.

The app privacy rating is (i think unique) i am completely new to android, i hate smart phones in general, the only smart phone ive ever had was (dont laugh) a Windows Phone which i know also spys. But now im forced to either android or apple as whatsapp is stopping service for Windows Phone by the end of the year.

I was greatly happy to see; before buying a second hand phone to learn of /e/OS and their efforts that i could be (nearly)free from datamining. Being a PC user, i havent used the main google webpage search since 2003, prior to startpage and duckduckgo, i liked to use scroogle search which was one of the first google search scrapers of its time it had some great anti google info published in its day tho sadly closed. 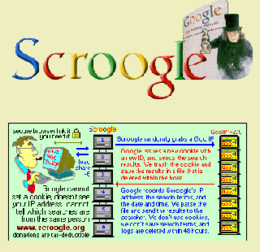 So moving to and buying an android phone was terrifying for me till now!

I feel the work being carried out by the /e/foundation team is extremley important, we should show patience and give praise… its ok to criticise, though dont forget its a work in progress, more awesomeness yet to come i`m sure!

We have a draft ready. It is being updated.

Why not publish the draft now for comment by forum users?

The update should be on the website this week. I am also sure the comments and doubts from users will never end even after the post. Ideally I would prefer some concrete evidence to back up facts against /e/ apps or functionality in the ROM like a log or a document which we can take actions against.

@trashHeap I presume that you don’t use the Aurora or Yalp stores either? They don’t seem 100% legit to me either. I don’t mean to sound disparaging, I am just curious what repository you get apps from that is open source. Is F-Droid really the only game in town?

Your comment does bring up a lot of issues that we hopefully will have answered soon. I’d hate to see /e/ sued out of business.

I presume that you don’t use the Aurora or Yalp stores either?

I don’t begrudge anyone personally from using these. But what is good for the goose is not good for the gander here. Individuals are not non-profits with global ambitions trying to partner with hardware vendors. Google has threatened action when Android forks rise in popularity and scrape their store before.

The current path is not sustainable. The moment Google decides to break the app store for /e/ they can by altering their API or blocking /e/'s scraping. The moment Nintendo decides to threaten /e/ for carrying their mobile games they can. Etc. Etc.

/e/ needs to be building sustainable legal infrastructure. Both as a responsible custodians of their user’s donations, and so they dont chase away hardware vendors who likely don’t want to be branded as collaborating with what is effectively a form of software piracy.

Im hard pressed to see how this can be both sustainable and legal at the same time.

Also I hate to say it but if we expect proprietary software companies to respect FLOSS software licenses; then open source/free software orgs are obliged to do the reverse. Otherwise it’s a bit hypocritical to cry foul when they violate a license like the GPL.

EDIT: I say this as an original kickstarter backer who had high hopes for this project, not as someone just passing by with no interest.