Please Note: This is an Untested build. Please try at your own risk.

It’s ok with my phone

First of all: I am of the same opinion as @Micha.K

I assume that the /e/ OS development for Samsung Galaxy A5 (2017) “a5y17lte” was based on Android 6.0.1 and 7.0 and therefore the “bootloader and modem problem” didn’t come into play since the launch of 8-Oero. Meanwhile the problem is also known from other devices.

God knows I’m a big supporter of /e/ but here the /e/OS Build Team (Maintainers) should help as soon as possible to avoid image losses.

Thanks to @Unknown we know that /e/ OS (8-Oero ~ 9-Pie) can be installed and operated without pull-ups. The images of LineageOS and LineageOS-for-microG also prove it.

With us in good old germany, no manufacturer in Germany sells as many smartphones as Samsung (2nd place: Apple) and is therefore a potential contender for devices with /e/ OS. The high sales figures owe the South Koreans above all to the middle class devices of the Galaxy A series. In the summer months of 2019, Samsung achieved a market share of more than 40 percent (Statistics: Gesellschaft für Konsumforschung (GfK)).

Switching from StockROM Android to /e/ OS requires above all uncomplicated builds with 9-pie (and 10-Q in the foreseeable future) and a well-functioning /e/ ecosystem service.

On a successful /e/ future

After overcoming the Samsung obstacle of the encrypted partition /data I was able to install @Unknown Build. The following pictures show the status: 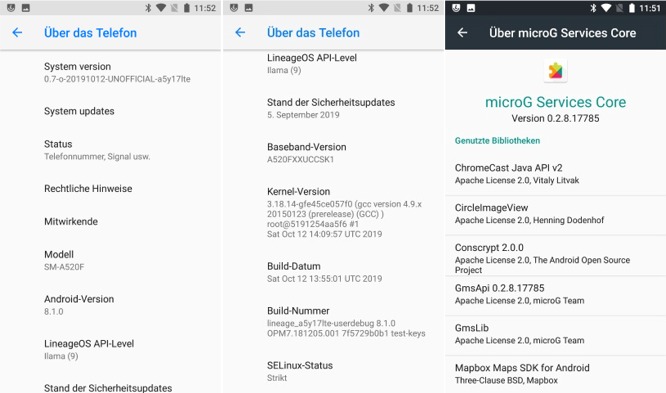 But - after switching off the A5 2017 completely by using the power button the phone restarts by itself after a few seconds. It is a boot loop without end.

I have tried several tips from this forum and external forums to make this error harmless. Unfortunately without success.

Next, I installed an unofficial build of Resurrection Remix OREO 8.1 for Galaxy A5 2017. After switching off: It is a boot loop without end - identical to the first mentioned unofficial e-0.7-o-build-Unkown. 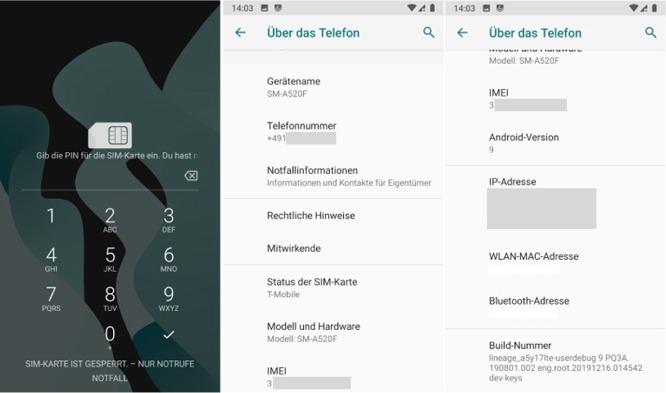 Here the above mentioned error of automatic power on does not occur.

I agree with the opinion of @Manoj’s “Time to get rid of nougat builds and officially upgrade to the next level…” which in practice means leaving 8-Oero behind and going all the way to 9-Pie.

2020 is going to be crazy. We plan to release /e/ OS as V1 in Spring 2020.
For this, we still need to raise the bar in terms of quality and integration a little higher.