I know I saw a post about this but I cant find it, I hope asking here is OK.

Where is the list that tell the e/OS version and the parallel Android version.

Like I think e/OS R is equal to Android 11. Is there a complete list for when upgrading versions to be equal when starting out? 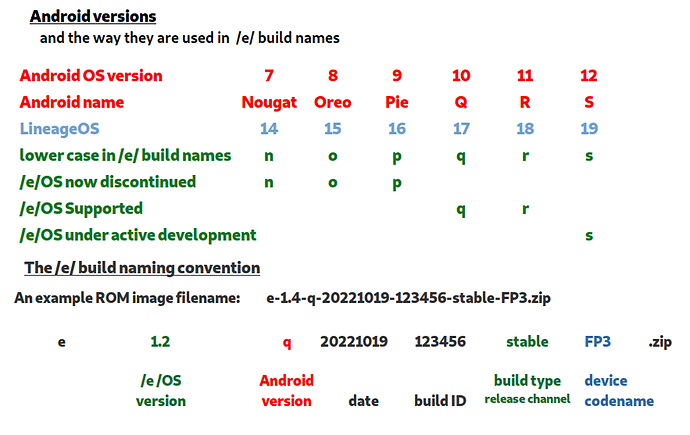 How do I find the /e/ version and Android version installed on my /e/ phone?

What changed between /e/ versions v0.nn and v1.0 onwards?